Get To Know Ryan Biegel, Everything About Katie Lee's Husband

By LRU Writer | On: February 27, 2020
Ryan Biegel who is better known for his work as a producer in shows such as Mummies Unwrapped, The Real Housewives of New York City...is married to Katie Lee...tied the knot in Italy...announced her pregnancy in February 2020...his bio-wiki is given below...while they were on a vacation in Paris... 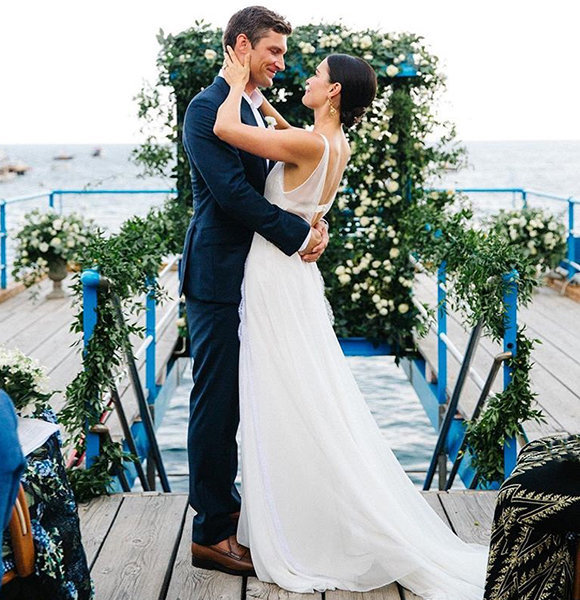 Ryan is in a marital relationship with Katie Lee, the host of the Food Network series The Kitchen and Cooking Channel show Beach Bites with Katie Lee.

Ryan and Katie met for the first time on a set of her show. He was working as a producer on the first season of Beach Bites with Katie Lee when she saw him. And they started spending time together while traveling all over the world for the show. However, it was at a beach in Punta Mita, Mexico, that they became close.

The producer proposed to his then-girlfriend in March of 2018 while they were on vacation in Paris.

Following a six-month engagement, the couple tied the knot on the 1st of September 2018. The wedding ceremony was held at the Lo Scoglio da Tommaso hotel and restaurant at the Marina del Cantone on the Almafo Coast of Italy. They chose the location because of its special meaning to them. About the location, Katie said the following to People magazine:

The first time that we came here together, we just felt like it was so special, and I think it was the place where we really fell in love with each other and we love the family that owns Lo Scoglio. They’ve become kind of like our Italian family. When we were thinking about getting married, this was really the place that felt like it was right for us.

And the married couple is about to have a baby. Katie took to her Instagram on the 27th of February 2020 to announce her pregnancy.