By LRU Writer | On: November 22, 2019
Lani Baker is an American model, who is famous for...she has also modeled for several popular brands...tied the knot to...grew up in the same neighborhood as kids...romance only began in the Christmas of...was born as the eldest child to her parents...has two younger brothers...stands at the height of...fantastic figure with the perfect measurements of... 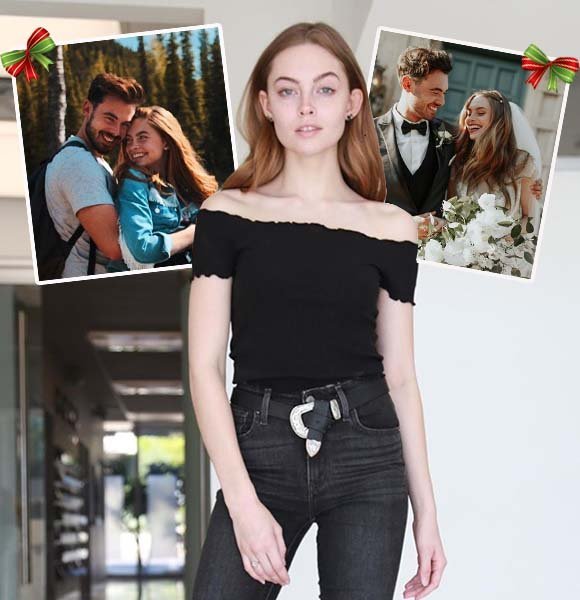 Lani Baker is an American model, famous for appearing as one of the models on NBC's game show, Deal or No Deal in 2018.

Apart from that, she has also modeled for several popular brands such as Target, Ripley Clothing, Pantene, Exit Peru, Neiman Marcus, Caycee Black, and many more.

Further, Lani is also a rising social media sensation with almost half a million followers on Instagram.

Lani is a beautiful young woman with a significant number of admirers, who are always curious to know the whereabouts of her dating life.

Well, to quench their curiosities, Lani Baker is one lucky lady when it comes to love.

She tied the knot to Garrett Randol on 4th August 2019, in an intimate wedding ceremony in Tulsa, Oklahoma. Lani and Garrett grew up in the same neighborhood as kids. In fact, Garrett's first memory of meeting Lani is when he was three, and she was only a year old. After that, the two crossed paths at birthday parties, events, and random encounters but never had a real conversation past pleasantries.

You May Be Interested:- Evelyn Cormier Wedding, Husband, Parents, Family

Their romance only began in the Christmas of 2018, when they decided to catch up with each other in their hometown during the holidays. After dating each other for less than a year, the couple walked down the aisle together in August 2019.

Following their wedding, the newly married couple went to South Africa for their honeymoon. Further, both Lani and Garrett's social media are filled with loved up posts for each other. From the looks of it, the newlyweds do seem to share an exceptional bond.

Lani was born as the eldest child to her parents -Tara and James Baker. She has two younger brothers named Marverik and Cash Baker. Interestingly, both her brothers are rising social media sensations, who have pretty popular accounts on Tiktok with more than 10 million fans each on the app.

Further, Lani shares a very close bond with her parents & siblings and does not shy away from showcasing her love for the family via her social media accounts.

Lani was born as Lani Lynn Baker on 19th May 1999 in Henryetta, Oklahoma.