Who Is Larenz Tate's Wife? All the Romantic and Career Details 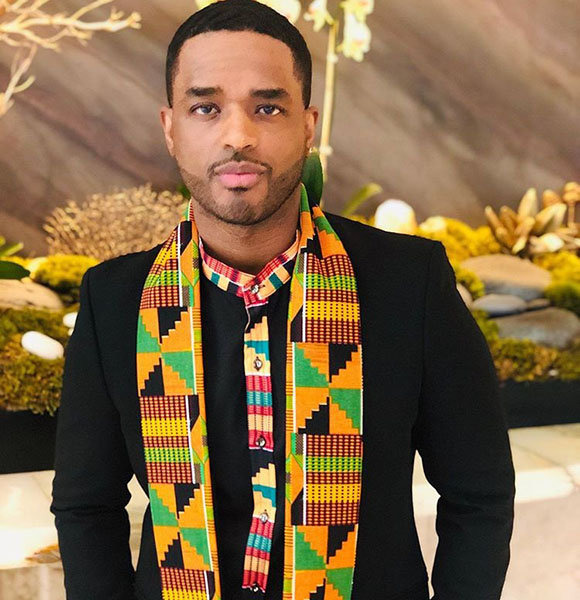 But, that is not the only reason the star attracts the audience. With a successful marriage of more than a decade with his beautiful wife, Larenz Tate has been blessed in both the aspects of his life, romantic and career.

Who is Larenz Tate's Wife?

Larenz Tate has been married to wife Tomasina Parrott since 30th November 2006. If we talk about how they met, the star describes,

"We met almost 20 years ago at All Star Weekend in Oakland [in 2000], when Vince Carter did the crazy dunk,"

The couple has been married for more than a decade, and when the star visited ESSENCE’s Yes, Girl! podcast, Tate shed some light on how he views his wife and his role as husband. Stating

"I like to believe I’m a really good friend to my wife,” he said. “I think friendship is important. I see her as my queen. There’s a level of respect. We’ve always built our relationship on the principles and standards that work for she and I. We take the best of things from other people we’ve seen, family and friends. But at the end of the day, it’s what works for us." Finally, in 1994, he landed the show South Central, where his role spanned 15 episodes, and after that, his big break came in 2007 with the project Rescue Me.

Along with TV shows, Larenz’s acting credit includes movies like Beta Test (2016), Deuces (2016), and Girls Trip (2017). Recently the star is working on M.D. Is for Mr. Doula as Michael Goodman and Untitled Akon/JoJo Ryder Project, which are in their pre-production stage.

With more than 50 acting credits to his name, the star has successfully accumulated a net worth of $2.5 Million, according to Celebrity Net Worth.

Standing at the height of 5 feet 7½ inches (1.71 meters). Larenz was born on 8th September 1975 in Chicago, Illinois. His parents are Larry and Peggy Tate.

Belonging to the entertainment industry, Tate also has two elder brothers, Larron Tate and Lahmard J. Tate, who belong to the same working field as actors.

Starting a family legacy, the three brothers are founders of the production company Tate Men Entertainment.

Moreover, as for his producer credits, Larron has worked on movies, namely Business Ethics (2019) and Back to the Goode Life (2019).