By LRU Writer | On: February 20, 2020
Lauren Chamberlian is a professional softball player best known for...played a vital role in winning...first mentioned her boyfriend...was born on...started her sports career at a very young age...played four seasons of professional softball with...stands at a height of...complementing weight of...completed her school education from... 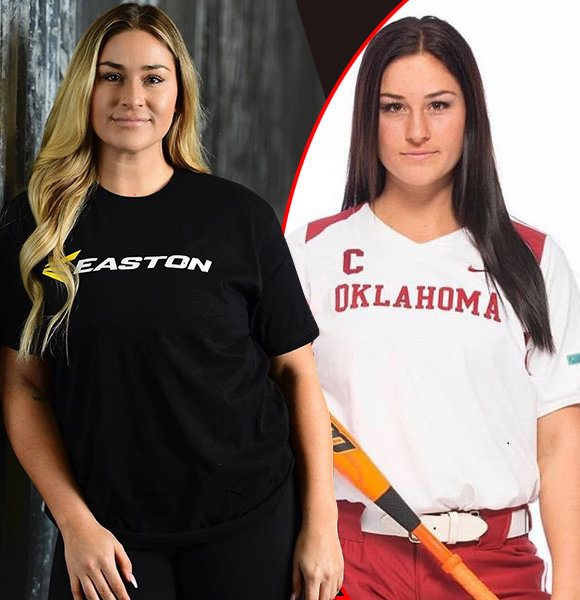 Lauren Chamberlian is a professional softball player best known for playing with the Oklahoma Sooners. With Oklahoma, she broke multiple home run records and won the Best Record-Breaking Performance, ESPY Award in 2015.

At Softball World Cup in 2013, Lauren played a vital role in winning a silver medal for America by scoring 125 hits.

In 2019, Lauren was in a relationship with a guy named- Brodrick Umblance. The softball star's last known tweet about Brodrick came in July 2019; In the tweet, she called out the Spirit Airlines for losing her boyfriend's suitcase on a flight.

Her parents are Patrick Chamberlain and Pam Chamberlain. She was raised alongside her sister Danielle.

Lauren started her sports career at a very young age.

After high school, she started playing for the Oklahoma Sooners. During her college career, Lauren broke multiple records for her team.

Further, in 2010, she played for the American Under-18 team and won the gold medal for the team. In 2011, she again played a vital role in winning WBSC Junior Women's World Championship for team America.

Following her fantastic college career, Lauren played four seasons of professional softball with the USSSA Pride. She was the top pick in the 2015 NPF draft.

Throughout her professional career, Lauren blasted 34 home runs and collected 91 RBIs, which eventually led the Pride to win the 2018 Cowles Cup.

After a fantastic pro- career, at the end of May, in 2019, the softball superstar announced her retirement from sports.

During an interview with ESPN after the announcement, Lauen cited her physique as the main reason for her retirement,

"I never thought that I would say those words, but unfortunately, I can only go as far as my body would let me, and it's not letting me go any further,"