By LRU Writer | On: November 20, 2019
American journalist Lauren Duca shot to fame via her 2016 Teen Vogue article titled, Donald Trump...Lauren got married to Kris Fleming in 2016. The pair were college sweethearts...Post revealing her sexuality publicly at the start of 2019, Lauren penned an essay on her coming out... 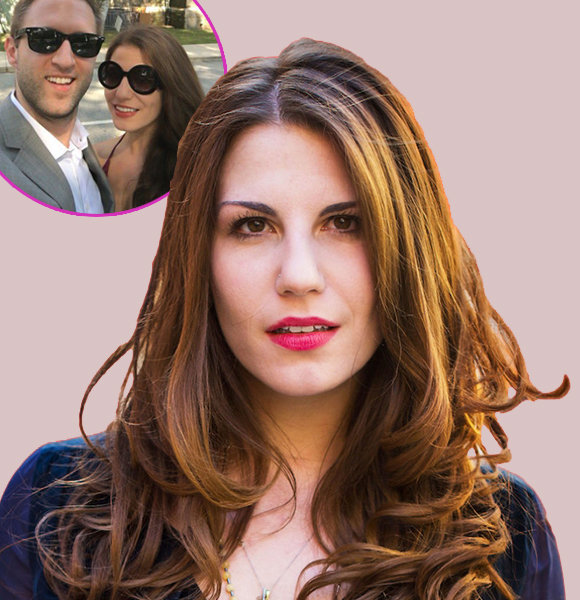 American journalist Lauren Duca shot to fame via her 2016 Teen Vogue article titled "Donald Trump Is Gaslighting America." Her article came at the time when the whole world was divided over the Presidential Election of Donald Trump.

The said article managed to make it to the trending page of Twitter. Since then, Lauren’s life has been under massive scrutiny.

Lauren got married to Kris Fleming in 2016. The pair were college lovers, who met during her junior year at Fordham University.

Post Lauren’s graduation from the university in 2013, the duo went on to date for three years before finally tying the knot in a beautiful wedding ceremony. Sadly, the marriage wasn’t meant to be forever as the couple separated in 2019.

The split became public when the journalist took to Twitter on 13 January 2019 to announce the news.

Along with the news regarding the demise of her marriage, Lauren came out as queer with the tweet.

Post revealing her sexuality publicly at the start of 2019, Lauren penned an essay on her coming out on the occasion of the "National Coming Out Day" in October of the same year.

The essay explored Lauren's jouney to finding her sexuality. Further, she also identified herself as a queer and lesbian in the honest piece. And, she opened about dating multiple women.

Lauren was vocal about her chemist father and loving mother voting for Donald Trump in the 2016 Presidential Election. But, according to the journalist, the couple - who reside in Central New Jersey - has decided not to vote for him in the 2020 election.

Related To Trump:- MSNBC Cuts Off Donny Deutsch For Comparing President Trump With A Sociopath

Further, her parents’ support for the Republican party is public knowledge. According to Lauren, despite their differences in politics, her parents support her in every way. They accepted her queer identity with open arms when she came out to them.

Moreover, she has shared in detail about her equation with her parents on politics on the book, How to Start a Revolution.