Who Is Lauren Giraldo's Boyfriend? Dating, Work Out, Net Worth 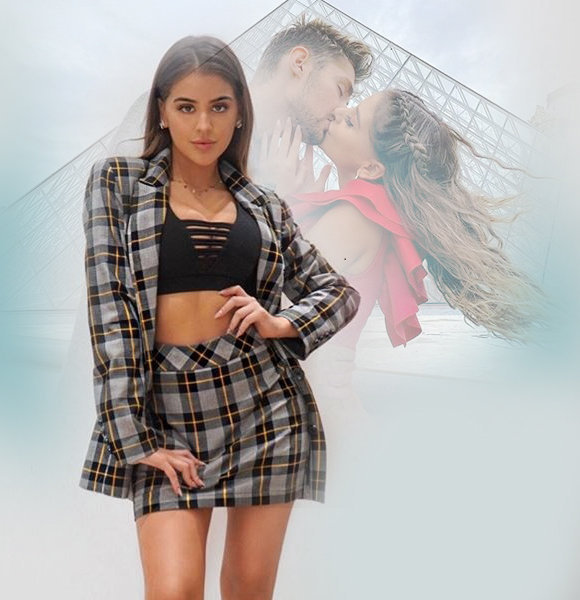 Instagram star Lauren Giraldo owes her celebrity status to social media. After all, Lauren initially got a taste of fame when she began posting videos on her Vine account in 2013.

Then, she started her self titular Youtube channel, which also ended up being very popular. As of now, Lauren boasts more than 800,000 subscribers on her channel and more than 750,000 Instagram followers.

Lauren Giraldo is a beautiful woman who has garnered a massive number of fans and admirers, who are always curious to know about her personal and dating affairs.

However, to their dismay, Lauren is already taken. The social media sensation's boyfriend is Henrique Borges. Well, not much is known about how the couple met, but they reportedly started dating since May 2018.

Further, both Lauren and her beau do not shy away from showing their love for each other on their social media. And from their loved up posts on social media, the couple seems to be going pretty strong.

Lauren was raised in Miami, Florida, alongside her younger sister Kristina Giraldo.

Since her childhood, Lauren was an active girl, who tried out various things like mimicry and singing.

Her journey to fame began in 2013 when she started uploading her videos on Vines. Ironically, the social media sensation did not have a social media account in her high school because her parents were against it. So, she created her Vine account secretly without letting her parents know.

However, her secret got out as her fame grew after a decent number of videos. In only one year, Lauren gained almost 2.5 million followers in her Vine and became a social media sensation. Her social media fame established Lauren as a teen Idol in a very time.

After that, Lauren tried out her luck in music and acting. As a singer, she released her song, Only Lovers in 2017, and as an actor, she has appeared in projects like Camp Unplug, Bady Doll Records, and Hope Springs Eternal.

Apart from acting and singing, she has also modeled for the leading publications such as Seventeen, Teen Vogue, and Latina Magazine.

Well, it's pretty apparent that the social media star has garnered a significant wealth as her net worth, during her career. Although the exact figure remains under wraps, she probably makes more than the actor's average salary of $94,025.

Born on 11th January 1998, Lauren is, without a doubt, a gorgeous young lady.

You May Be Interested:- Auli'i Cravalho Dating, Parents, Family, Net Worth

Speaking of Lauren's fitness, she works really hard to maintain her figure and follows a strict diet and a regular workout routine. Lauren has also been very vocal about her weight loss and her fitness regimens on her social media platforms.