By LRU Writer | On: June 30, 2019
As a teenager in high school, Nikki Blackketter started consuming alcohol and...seen a lot of up and downs in her dating...Taking about her net worth, the Texas-born star... 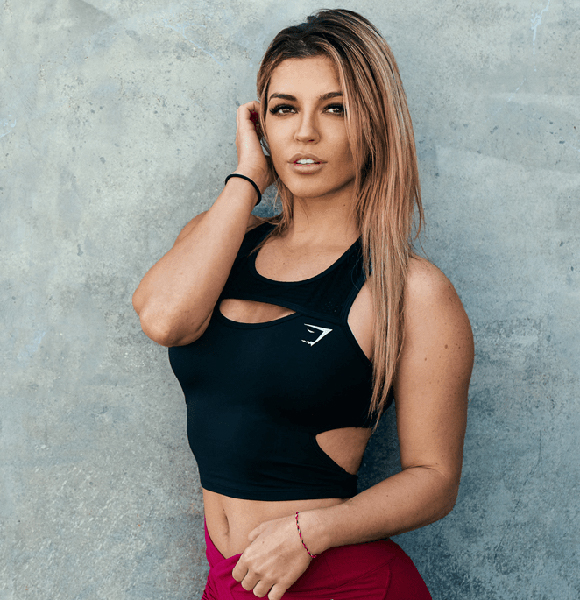 As a teenager in high school, Nikki Blackketter started consuming alcohol and junk food excessively. Her unhealthy eating habit started taking a toll on her body. Thus, she decided to join the gym and improve her lifestyle.

The simple step turned into her passion, which led her to become a fitness expert on social media.

Today, she is a social media star with over 700K subscribers on YouTube and more than one million Instagram followers. Nikki is the ambassador of GymShark- a fitness clothing brand- and a supplement company, Cellucor.

What Is Nikki’s Age?

Nikki, real name Michelle Blackketter, was born on 23rd February 1993. The 26-year-old boasts the sunsign Pisces according to her date of birth.

Interestingly, she was born in Texas, but, she moved to California as a teenager. Although she doesn’t reveal much about her family, it is not a mystery that she has sisters as siblings.

Nikki has seen a lot of up and downs in her dating life.

In 2014, she was in a relationship with fellow fitness freak, Christian Guzman. The fit pair dated for two years then parted ways in February 2016. However, Nikki got together with her ex-boyfriend after working out the differences in August 2016. Sadly, the on-off-couple couldn’t last and thus parted ways for good.

After her breakup, she took to Twiter to give an insight into her past romantic partners. On 9th November 2016, she revealed that an English guy tried to marry her to get American citizenship.

She also tweeted in 2017 about an-ex who dumped Nikki on her birthday and immediately started dating a young woman of age, 18.

Nevertheless, the 26-year-old found love again in the arms of a guy named Miles in 2017. The lovebirds started flaunting their love on social media platforms. Nikki featured her beau in a Boyfriend Q and A YouTube video on 5th April 2018. Interestingly, she tweeted a cryptic photo on 24th June 2019 possibly hinting on her single dating life, but hasn’t commented on it openly. Fans are curious about her relationship status with Miles and cannot help but built conjectures about her.

Taking about Nikki's net worth, the Texas-born star has built her brand in the real sense. Her self titled YouTube channel fetches her an average of $2.2K - $ 35.9K. Similarly, she earns an annual salary of $48K as a personal trainer and $46K per year as a fitness model to enrich her net worth.

Add to that, the social media star of height 5 feet 1 inch (1.55 m) has massive Instagram following that provides her opportunities to collaborate with various brands.