By LRU Writer | On: October 31, 2019
Lauren Lee Smith...The CSI star Lauren tied the knots with a...Unlike her on-screen family on Frankie Drake Mysteries, she was not...Canadian actress has an impressive net worth... 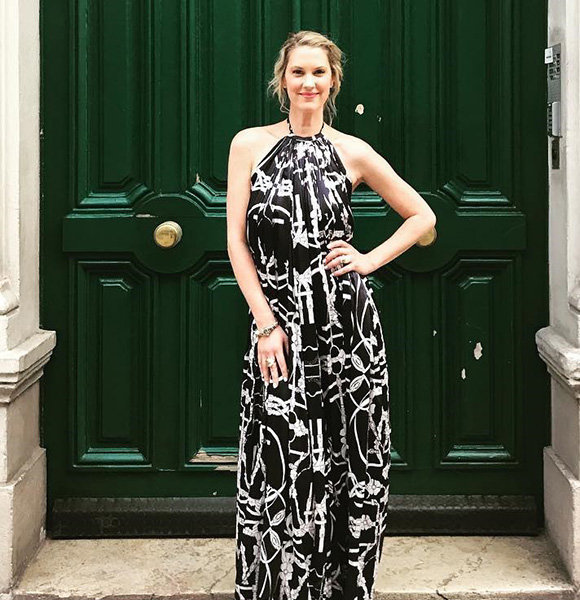 Lauren Lee Smith is a Canadian versatile actress and producer.

Ever wonder how this beauty with a towering height of 5 feet 10 inches (1.78 m) keeps herself fit.

Well, she involves herself in different physical activities such as snowboarding, ice skating, rollerblading, basketball, swimming, and horseback riding.

Just like her hobbies, Lauren's role choices in TV shows and movies are also unique.

Lauren starred as a psychic mutant in the sci-fi series Mutant X from 2001 to 2004. Similarly, she played a lesbian cook on the Showtime drama series The L Word from 2004 to 2006. The actress also portrayed agent Riley Adams on the long-running crime show, CSI: Crime Scene Investigation.

Apart from her series, she was a nymphomaniac lover in the 2005 Canadian film, Lie With Me. In the 2017 romantic dark fantasy movie The Shape of Water, she entertained her fans as Elaine.

The same year, her TV series Frankie Drake Mysteries aired, where Lauren played the lead role of Frankie Drake. The natural blonde Lauren even dyed her hair red for her character. The season 3 of the series resumed from 25th March 2019.

Has Husband? Other Married Details

CSI star Lauren tied the knots with a German photographer named Erik Steingroever in an intimate ceremony outside of Vancouver, Canada, on 4th April 2009.

The ceremony took place in a romantic setting in Cultus Lake, Canada, amid the duo’s family and close friends.

Lauren even wrote on her Instagram in 2016 about her daughter,

"Yes I'm obsessed, but when you spend most of every day/night being a milkmaid there is not much else to do â˜ºï¸ #TuulaRay"

However, considering her popularity, she maintains a low profile with her husband. But, she sometimes publicizes her married life through her social media uploads. On 15th July 2018, she wished her husband on his birthday and also shared a photo of Erik with Tula on his shoulder.

Thus, it won’t come as a mistake to say that Lauren is enjoying her married life with an understanding husband and a cute baby.

Lauren was born on 19th June 1980 in Vancouver, British Columbia, Canada. Unlike her on-screen family on Frankie Drake Mysteries, she was not raised only by her father, but Lauren lived all over the world with her parents.

In her own words, she lived a kind of nomadic lifestyle until she moved to Los Angeles, California, where she began a modeling career at the age of 14.

During an interview in June 2019, Lauren explained her upbringing to the public.

"I don’t think my stepfather, everything that he did, was particularly on the right side of the law. My mom doesn’t really talk about it that much, but in a sense, we were sort of brought up with this idea that we were getting to see the world and explore different cultures and live sort of this interesting vagabond lifestyle in a sense."

Thus, it is interesting to see a complete turnaround of how she is raising her daughter as opposed to her own childhood.

The Canadian actress of age 39 has an impressive net worth of $8 million from her acting career.