How Much Is 'RHOM' Star Lea Black Net Worth? Complete Info

By LRU Writer | On: March 04, 2021
Lea Black is a reality star who is best known for her appearance in the show The Real Housewives of Miami (2011-2013)...She has been married to her husband since...Her husband is a lawyer named...The couple is blessed with...Lea enjoys a net worth of...She was born on...The reality star is the founder of... 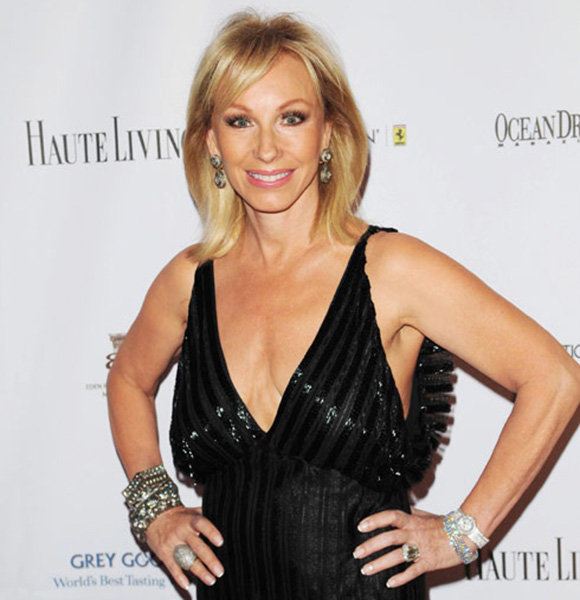 Lea Black is a reality star who rose to prominence through her appearance in the Bravo reality show, The Real Housewives of Miami (2011-2013).

Also a beauty mogul, she launched her beauty line, Sudden Youth Facial, in the 1980s; now, Lea has more than four hundred products developed so far.

On top of all this, Lea writes lifestyle and advice columns and is a contributor to various magazines worldwide. She is the author of the book, Red Carpets & White Lies, and the novel, Little Black Book.

The reality star is married to Roy Black, a criminal defense attorney. The two first met while Lea was on jury duty. And after getting to know each other, Lea and Roy tied the knot on 7th October 1994. The couple has a son named RJ.

Who Is Roy Black?

Lea's husband Roy was born on 17th February 1945 in New York, USA. He is a lawyer by profession who has a net worth of $65 million, according to Celebrity Net Worth.

In addition, he is the author of Black's Law, a book that recounts the strategies he employed to safeguard the freedom of four clients.

He also teaches criminal evidence at the University of Miami School of Law since 1973. And that is why he is nicknamed as 'the professor.'

The reality star enjoys a net worth of $65 million, according to Celebrity Net Worth.

Further, Lea and Roy are the owners of a lavish mansion in LA, which is estimated to cost around $6 million; it is located in the Hollywood Hills.

Also, in the same year, the beauty mogul listed her California home at $2.9 million.

Facts About Lea Black Including Age