By LRU Writer | On: October 17, 2019
For those who follow the Real Housewives Of Cheshire, the name Leanne Brown is not a stranger... Leanne Brown is married to...had an ectopic pregnancy and a miscarriage...Leanne Brown was born on...stands at the height...total net worth is... 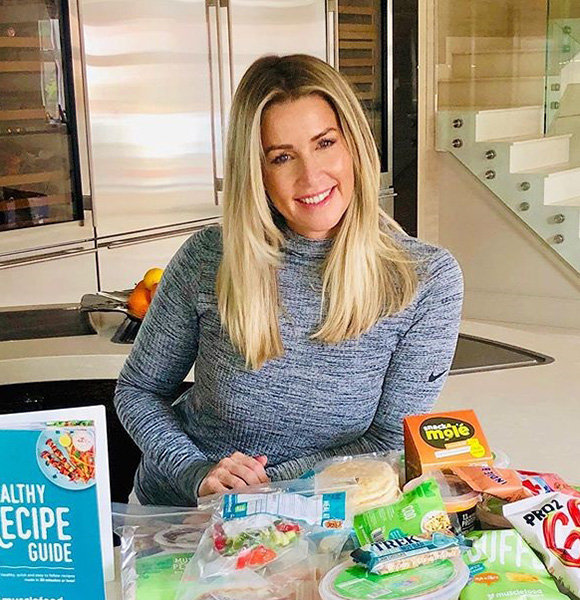 For those who follow the Real Housewives Of Cheshire, Leanne Brown is not a stranger. Appearing in its first season in 2015, she made quite the name for herself through the reality TV show.

The series played out Leanne’s life on-screen to an extent for the viewers. But, it failed to show many parts of her personal inventory.

So now, let’s take a look at the blonde hair beauty's life off the camera along with the details of her family.

It is no secret that Leanne Brown is married to a footballer named Wes Brown. The two got married in 2009 in a lavish wedding that took place in Peckforton Castle.

But, the relationship did not begin anytime close to their wedding. The lovebirds called each other boyfriend and girlfriend for 11 years before finally tying the knot.

Apart from a lovely marriage, the husband-wife duo shares three beautiful daughters: Halle, Lilia, and Lola. Their eldest daughter Halle was born on 9 November 2002 and their second daughter on 27 March 2007. The couple welcomed their third daughter Lola on 25 February 2011.

Leanne's children are growing swiftly and Halle is already the same height as her mother. Leanne Brown with her husband Wes Brown on his birthday on 13 October 2019 (Photo: Leanne Brown's Instagram)

The happy family is often seen on vacation and festivals, which Leanne often flaunts via her Instagram handle. But, it does not mean the family didn't go through troubled times.

A couple of years after Lola was born, the pair tried for another child. But unfortunately, the reality star had an ectopic pregnancy and a miscarriage. Without giving up hope, she got pregnant again six months later.

A heartbeat was found, and Leanne was to go back to the doctor. She did not want to go back until 12 weeks, and when she did, another sad news hit the family. The reports showed that the child had not grown.

Now, with the past behind, the happy family is gaining back their momentum and enjoying some quality time together.

Leanne Brown - age 42 - was born on 17 February in England. Her mother is Elain Wassell, whom the TV personality credits for teaching her about love, strength, and self-respect. Meanwhile, the details of her father seem pretty hidden.

She was very close to her grandmother as well. But sadly, she passed away on 15 May 2019.

Leanne was quite the center in the dramas of the reality TV show, Real Housewives of Cheshire. She, however, left the show after its sixth season.

Apart from the TV show, she is also the owner of a teen girl's clothing line called Kiss Frogs. Through all the hard work, she has collected quite a fortune from herself. A part of it can be seen in the mega-mansion where the Brown family moved in 2016. But, her total net worth still remains under wraps.