By LRU Writer | On: January 17, 2020
Lee Stafford is a famous British hairdresser...his age is...married his wife Jessica-Jane Stafford in 2013...has three children with Jessica, and a fourth kid is on the way...has a net worth of around $500 thousand...attended King John School...company produces hair products such as shampoo, conditioner, and styling products... 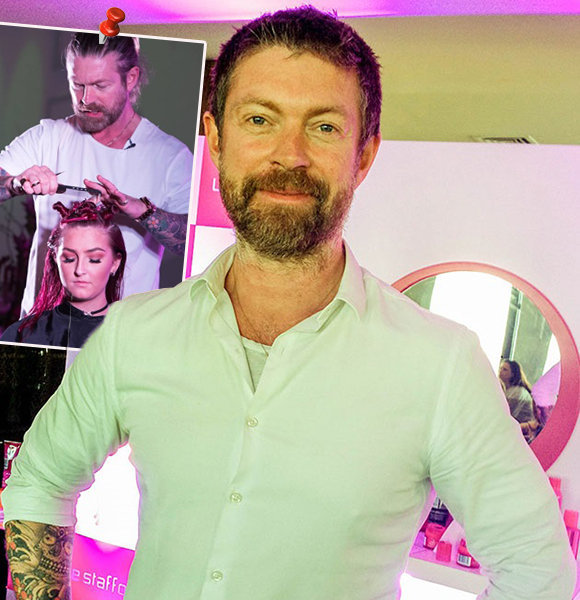 Award-winning hairstylist Lee Stafford is famous for his appearances in TV shows like The Hairdresser (2004), Britain and Ireland’s Next Top Model (2005), and Celebrity Scissorhands (2006-2008).

In addition to being a top-class hairstylist, he is also an actor, working in movies such as Dangerous Game (2017) and Dead Ringer (2018).

Lee Stafford met his wife, Jessica-Jane Stafford (formerly Jessica-Jane Clement), on the set while filming the BBC show, Celebrity Scissorhands, back in 2008. They waited one year before announcing their relationship on air during an episode of Big Brother 11 in 2009.

The couple got married on the 17th of February 2013 in a lavish ceremony at the Belvoir Castle in Leicestershire. A crowd full of big celebrities was present at their wedding.

Following his marriage ceremony, Lee took Jessica to a honeymoon in Dubai.

Another Fashion Personality:- Virgil Abloh Net Worth: How Rich Is Off-White CEO?

The couple didn’t take too long to become parents. Lee took to his Twitter on the 12th of February 2014 to announce that he was going to become a dad for the first time. Subsequently, his first kid, son Angel Stafford arrived on the 25th of June 2014.

Following Angel’s arrival was his sister, Elvis Annie-Jane Stafford, who welcomed herself on the 25th of January 2016. Daughter Sugar May Stafford, the pair’s third child, was born on the 13th of April 2017. And the celebrity couple is about to have their fourth kid, as Jessica announced that she was pregnant for the fourth time on the 10th of August 2019. She revealed through her Instagram that the fourth baby was expected to arrive in February 2020.

The celebrity hairstylist has an estimated net worth of around $500K, according to Celebrity Net Worth.

Another British Personality:- How Much Is Christopher Nolan Net Worth? Details On His Upcoming Movies

Another source of wealth for Lee is his self-titled hair product company. The company, which was launched in 2001, produces and sells hair shampoo, conditioner, and styling products.

On a similar topic, Lee’s wife Jessica owns a net worth of around $1.5 million as per Celebrity Net Worth.