What Is Liana Brackett Age & Who Is Her Husband? Bio Reveals Everything

By LRU Writer | On: December 31, 2018
Meteorologist, Liana Brackett... Delve into Liana's biography... At age... According to Liana, her husband alongside God & her life is... Not surprising though, Liana parents... The University of California Alum, who is of American nationality, boasts five-figure salary... Possessing a goddess-like figure with the body measurement of... 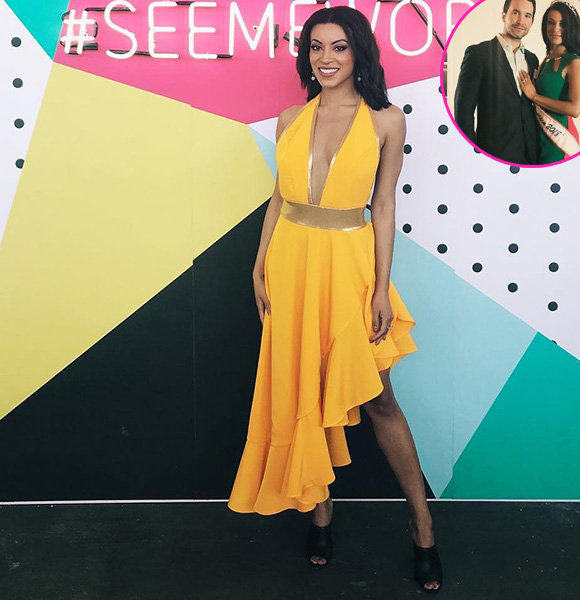 The year 2018, in many ways, belonged to meteorologist, Liana Brackett. From finishing runner-up in Mrs. Georgia Amercia 2018 to landing a dream gig as an on-camera meteorologist for The Weather Channel, the California native managed to conquered the year 2018 like no other.

By her admission, she wouldn't be able to do so without the constant support and care from her husband of more than three years. Together for more than seven years now, the married couple - who is proud parents to their two "fur babies" - had tied the knot in a beautiful wedding ceremony.

Delve into Liana's biography to learn more including information about her age, parents, nationality, body measurements, and salary!

According to Liana, her husband alongside God & her life is the most important thing in her life.

On the eve of Mrs. Georgia America 2018 competition - where she clinched the runner-up position among 52 contestants - when asked to say something about herself, the Weather Channel personality famously said:-

"Living boldly and courageously in love with God, my husband and my life is most important to me."

Many might not know, but she inherited her husband's last name when they tied the knot in August 2015 following four years of dating. Married in San Diego, the former FOX 12 Oregon meteorologist and her husband, David Brackett held their Spanish-themed wedding reception in The Don Room at El Cortez. Liana and her husband, David dance at the reception (Photo:- sandiegostyleweddings.com) Born on 7 July 1986 in Temecula, California, she and her sister Alisia were the result of her parents' interracial marriage.

Not surprising though, Liana parents' - Mexican father & African-American mother - have taken quite a liking to her son-in-law. Liana and her husband pose next to her parents (Photo:- Liana Brackett's Instagram)

At age 32, the University of California Alum, who is of American nationality, boasts five-figure salary working for The Weather Channel. Before landing his big money move to the stated channel, she worked as a meteorologist for the National Weather Service in Portland, Oregon for six years.

Moreover, possessing a goddess-like figure with the body measurement of 36-25-37 inches (91-64-94 cm), Liana encapsulates the phrase "beauty with the brain" like no other.

Her husband, David sure is a lucky guy!