How Much Is Lil Mosey Net Worth & What's His Real Name? 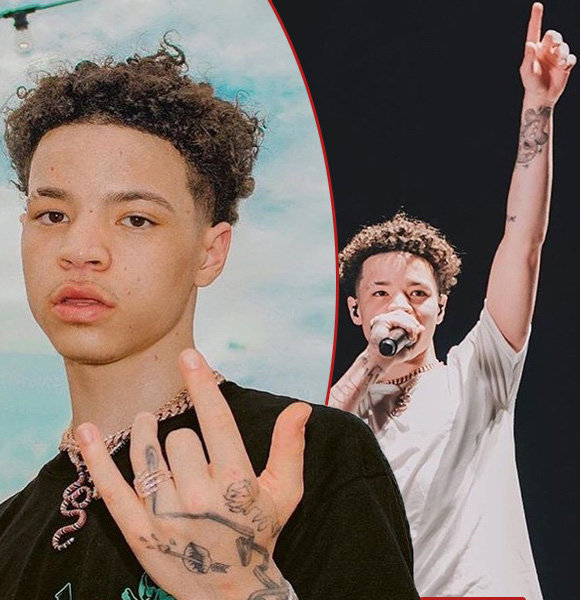 Internet sensation, Lil Mosey, is just a mere teenager. However, his song, Off White, had the whole internet grooving when he released it in August 2016 on Soundcloud. The world quickly came to know about his rapping talent, and within no time, Lil Mosey was all over the internet with his first song receiving more than 750 thousand hits.

Let's read further to know more about this young artist in detail.

What Is Lil Mosey's Real Name?

Lil Mosey was born as Lathan Moses Echols on 25 January 2002. He later adopted the name 'Lil Mosey' for his singing career. The rapper was born in Seattle, Washington, and is an Aquarius with a height of 5 feet 6 inches (1.68m).

You May Also Like:- Is Lil Tecca Dead? Check His Net Worth & Girlfriend Details

Furthermore, he attended Mountlake Terrace High School and later transferred to Shorecrest High School. He studied there till tenth grade before finally dropping out to pursue a career in music.

The American rapper was inclined towards music from a very young age. He was just in eighth grade when he began to work on his singing career.

Initially, Lil Mosey sang covers of songs by famous artists such as Speaker Knockerz and was genuinely inspired by Meek Mill’s debut album, Dreams and Nightmares (2012). Lil Mosey performs at The Phoenix Concert Theatre in Toronto, Ontario, Canada, in May 2018 (Photo: healthyceleb.com)

The rapper debuted his first song Off White on Soundcloud in August 2016. After the success of his first song, he released his second song, So Bad, which received more than two million streams online.

Further, his single Pull Up released in December 2017 hit more than three million views within a month. Black Mayo produced the hit song, and its video director was Yung Tada.

The net worth of the American rapper and songwriter is estimated to be around $2 million.

In addition to his successful music career, Lil Mosey also has a YouTube channel with more than 927K subscribers. The monthly and yearly average income of the channel is estimated to be around $2.9K - $47K and $35.2K - $563.8K, respectively.

On top of all this, the Seattle native also goes on tour to promote his singing career. He went on a tour alongside Juice WRLD and YBN Cordae in 2018. Later, he also accompanied Smooky MarGielaa and Comethazine on their Margielaa Madness Tour.

Moreover, in April 2019, he went on a North American tour to promote his new album Certified Hitmaker. He is also set to tour in 2020 at various places, including Ireland, Great Britain, France, and many more.