By LRU Writer | On: December 04, 2019
Rapper Future might have just revealed the latest bit of information on his dating status. Making the internet go wild, Future sparked...In one of the photos on the post, the two were captured together...Interestingly the history of the rapper's dating history is quite extensive. Till 2019, Future has...Future was born in...As of now, Future is one of the most popular American rappers of the... 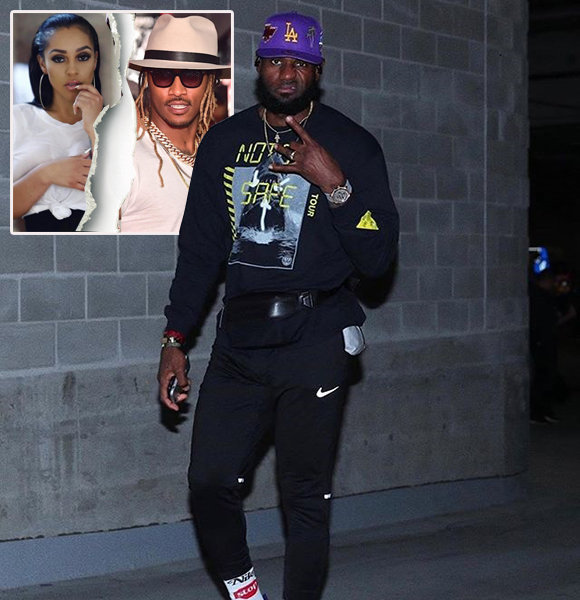 The news comes after the rapper shared posts on Instagram of the pair enjoying quality time in Abu Dhabi, the United Arab Emirates.

In one of the photos on the post, the two were captured together in the passenger seat of a car. It was the caption that gathered more attention. Written "Flawless. Tap for details," the media has gone crazy about the rumored romance. Dating rumors had, however, begun a long time before the Instagram post. In the month of November 2019, the two were spotted at Teyana Taylor's ATL concert, and they had their hands all over each other.

Lori had also been to Future's 36th birthday party, however, both are yet to confirm the existence of a relationship.

Details On His Previous Relationships

Interestingly the history of the rapper's dating life is quite extensive. Till 2019, Future has six children with six different women alongside a couple of romances and dating history to the mix.

Take A Look :- Byron Langley Dating Status, Who Is Girlfriend? Get Every Details

The first was Jessica Smith, with whom the rapper was together in 2001. Jessica and Future have a son together.

Later, in 2007, Future commenced a relationship with India J. The pair together have a daughter named Londyn Wilburn.

Future was then engaged to Ciara Princess Harris. The two had been dating for about 10 months since December of 2012 before getting engaged on 25 October 2013. Sadly, the pair didn't end up getting married and separated in September 2014.

Interestingly though, the pair did welcome a son named Future Zahir Wilburn on 19 May 2014. The reason for their split was apparently infidelity and the person with whom Future was accused of cheating was Ciara's then stylist, Tyrina Lee.

After that, the rapper dated model Aaleeyah Petty in the year 2015. At the end of the same year, Future was romantically linked to Blac Chyna and later to Scotty Pippen's wife Larsa Pippen in August 2016.

In April 2018, Future was seen with one of his past girlfriends, Brittni Mealy. The two had been in a relationship in 2010 and had even welcomed a son named Prince. When the pair were seen together again, dating rumors surfaced but the pair never confirmed their reunion.

From late 2017 to mid-2018, Future dated model Joie Chavis. Joe even revealed that she was pregnant, and many speculated that it was his baby. The speculations were on the mark but unfortunately, the pair's relationship didn't last long.

Future was also rumored to have dated female rapper Nicki Minaj but not much light was ever shed into that topic. He has another child with an unnamed mystery woman as well.

Now with Lori Harvey, what future do they have only time can tell.

Future was born in Kirkwood, Atlanta, state of Georgia on 20 November 1983. His real and full name is Nayvadius DeMun Wilburn, while Future is his moniker and a nickname given to him at a young age.

He began his career as a songwriter for other artists. He was also the writer fo Southern rapper Ludacris.

As of now, Future is one of the most popular American rappers of the 21st century with massive fan following, music and record labels taking him to great heights.