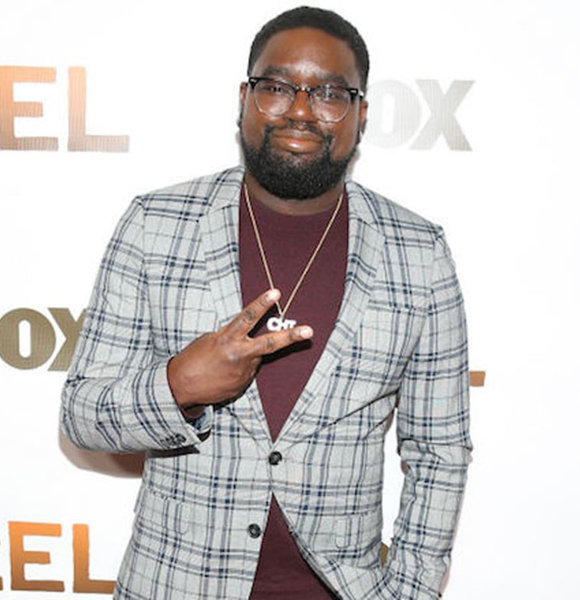 Stand-up comedy is a platform that lets many comedians lead successful careers in mainstream entertainment. One of such is Lil Rel Howery. He did a series of minor roles on TV and in movies before establishing himself as a household name.

Despite his success in his career, he struggled with his marriage, eventually divorcing his wife.

Let's have a look at the details.

Lil Rel was a happily married man for several years before a series of misfortunate events happened in his life.

The comedian-actor exchanged the wedding vows with his girlfriend, Verina Robinson, on 29 November 2008. Soon after their marriage, the couple became parents to two children: daughter Brittni and son Judah.

However, Lil's marriage with his wife wasn't meant for long, as Verina filed for a divorce in 2015. The reason for their divorce was ‘irreconcilable differences.’

The separation wasn't the only tragedy that hit the actor, as he was also arrested a year later and was forced to spend a night in prison for assaulting a fellow driver.

After his divorce in 2017, Rel and his ex-wife were given joint custody of their children. As a result, his kids would often spend time between Chicago and Los Angeles, where their parents lived. Just as everything was getting better for Rel, he got sued by his ex-wife and also a former lover. His ex-wife sued him for more child custody, while his ex-girlfriend named LeChez Davis claimed to have a child with the actor.

The case went on for a long time as Davis’s husband was also involved. According to the TMZ, Davis told Rel and her husband the same story: they were the birth father.

However, after the paternity test, it was proven that the baby was of Rel. So now, Rel wants full custody of the child and wants to keep his son away from a liar mother.

Bio You May Like:- Emily Skinner Wiki, Boyfriend, Siblings, Parents

Rel has been single for a long time, and in April 2019, Rel unleashed a picture with Teyonah Parris, which made quite a stir, but it turns out she was his onscreen wife, with whom he shared screen time in Universal's movie, The Photograph. Lil Rel Howery and Teyonah Parris act as husband-wife in the 2019 movie, The Photograph (Source: Instagram)

Despite having a beautiful partner onscreen, did Rel find someone in his life?

Did Lil Real Howery Move On?

After being single for a long time, Rel has finally revealed his girlfriend through his Instagram.

He revealed to have a girlfriend named Dannella Lane. They both have actively been sharing cute pictures on social media. There is no information on how and when they started dating but seeing them having a blissful life seems like they have been together for quite a bit.

He seems to be head over heels in love with her which is a good thing after going through so much in his life.

Lil Rel Howery (real name: Milton Howery Jr.) was born in Chicago, Illinois as the son of African-American parents: Milton Howery and Nancy Howery. He also has a brother named Matt in his family.

Lil was incredibly close to his mother, and she has also featured in several of his comic acts. Sadly, she passed away in 2009.

Lil Rel, age 42, became interested in comedy when he was a young boy. So, to transform the hobby into his passion, Lil, with a height of 5 feet 6 inches (1.68 m), started his career as a stand-up comedian, performing in local bars and clubs.

He got his TV breakthrough in the reality show Last Comic Standing in 2007. He also appeared in several plays and movies, including Get Out, Bird Box, The Carmichael Show, Rel, Drop the Mic, and more.

Lil Rel has accumulated a substantial fortune from his career as a comedian actor. His net worth amounts to $2 million as of now.

Rel is living peacefully, focusing on his career and his new family. We hope to hear the wedding bell soon. Stay tuned for more updates on Lil Rel Howery.