What Dating Lilly Singh Looks Like; Be Her Boyfriend Or Run The Other Way

By LRU Writer | On: March 19, 2019
The Scarbrough native has kept it real when it comes to dealing with fans curiosity in her personal life. She once dated a guy who was more into her fame. Once, she said that she was the worst "girlfriend that anyone could ever have." She said that she hated "anniversary," was too "independent to be dependent" on the guy, disliked "romantic bs," disliked getting flowers when she is upset, wouldn't date clingy guys, and loathed illogical "emotions" and everyday relationship rituals. 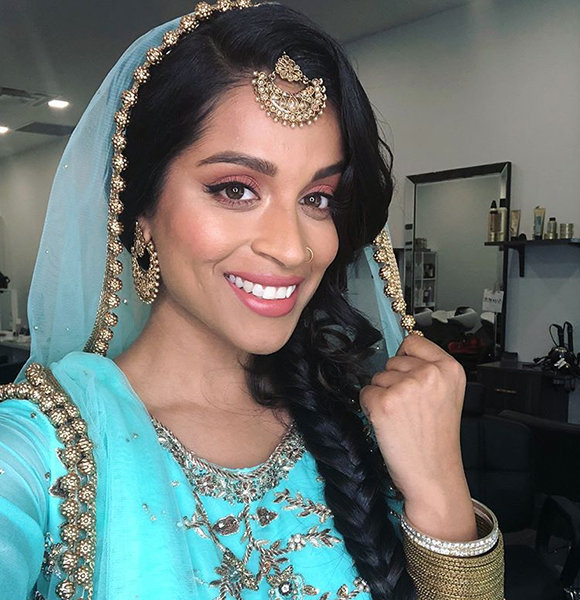 Indo-Canadian Youtuber Lilly Singh is famously known for her hilarious contents on her YouTube channel, IISuperwomanII. She dedicates most of her time in making videos that are mostly related to Punjabi culture, and how Indian parents deal with their children. She also focuses on feminism and encourages women like her to be independent.

The Scarbrough native has kept it real when it comes to dealing with fans curiosity in her personal life. She once dated a guy who was more into her fame.

In the YouTube video by Vogue uploaded on 30 April 2018, Lilly said that she wanted to date like the old-fashioned way without social media. She even revealed about her past dating experiences of dating the wrong guys.

I want to date an old fashion way without a social media. THat's not to say I don't date, I do. I mean, common I am human with needs. Ok? like to date. Ahm, but it is a little challenging.

The outspoken Youtube star, who makes videos for a living, surprised her fans when she said that she found dating "challenging."

She also narrated her past dating mishaps when she dated the fame-thirsty guys.

One hand, I will meet guys and I' be like you are kinda cool and they end up turning into like the guy that really want to impress me because I have a following.

A rude guy was intimidated by her in a date. She said,

There's the guy that's intimidated by me, so he feels like he has to be rude. Once I went on a date and this dude just yelled at the waiter because he forgot his dipping sauce and I am just like (startled), my uterus fell out.

She also retrospected on the boring dates, saying,

I went on dates where the guy doesn't even ask me any questions. He will just talk on and on and on about his gym routine and how much he lifts. Yes, I want to look at your chests, but I don't want to hear this and you are also not asking me any questions. I don't even know how are you, what do you. Do you even know my name, like why are we here? That's kind of my dating life. I have dated the same types guys until one day online someone caught my eye.

As she always does, Lilly cautiously expressed her dating life but also revealed why she broke up with the special man she met online.

Not only the complete dating fails, but she also disclosed about the guy whom she took seriously. She was once in a serious relationship with a man whom she met online.

Though Lilly kept the name of the past boyfriend confined in the Vogue video, she did share that they became close after meeting online and texting each other actively. She also said that they later clicked pictures together, the "cute" way she had imagined. However, things didn't go as planned as Lilly noticed that her boyfriend was showcasing their love too much on social media. She finally ended the relationship when she felt no connection with the guy.

Talking about the breakup, Lilly said,

I wanna feel like you genuinely want to get to know me, and you don't want to make this a brand building exercise.Do u love me for me or for my following Do u want to start a youtube channel became I am onto. I actually had to break it up(relationship) because It didn’t genuine, and I m sure he has move on because its on his instagram.

Perhaps due to the bad experiences in her dating life, Lilly has decided only to date a person who is very low key. Although Lilly is a star merged from social media, she has emphasized that she wants to keep her dating life private.

In 2016, the 29-year-old even made a YouTube video on why she was not in a relationship. In the video, Lilly described that her hustling timetable and her love for her job had barred her from a serious relationship.

In the video, she also asked her family and friends not to worry as she said she was fine without dating and getting married. She even claimed herself "unromantic" and "horrifying" while saying that she hated doing "romantic stuff," proclaiming it was one of the reasons for not having a boyfriend figure in her life. She also said that she constantly hated "validated" by the guys.

Also, in one of her video, she said that she was the worst "girlfriend that anyone could ever have." She said that she hated "anniversary," was too "independent to be dependent" on the guy, disliked "romantic bs," disliked getting flowers when she is upset, wouldn't date clingy guys, and loathed illogical "emotions" and everyday relationship rituals.

Singh, who belongs to a Sikh ethnicity, has kept her personal life under the wraps.

Back on 9 August 2012, Lilly took her singlehood to Twitter. Via the post, she wrote that she was thinking of making a video of her dad doing her makeup as she didn't have "a boyfriend." Moreover, when a fan asked Lilly about her relationship status via Twitter on 1 Mar 2016, Lilly replied that she was single.

As of 2018, she is reportedly single and unmarried. Her future "husband" or "boyfriend" might find hard to keep up with her fame and dating standards.

As Lilly has been mum about her relationship status, many have speculated about her sexuality using the terms, "gay" or "lesbian." But she always dished away from the rumors in a hilarious way.

And then there are ppl that call me "gay" as if it's an insult. Like bro I hope I discover I'm bi one day so I can cop your brother & sister.

Nearly three years after tweeting about her desire to discover her sexuality, she finally came out as bisexual on 25th February 2019 on her Twitter. Besides, Lilly is only the second woman in the history after Joan Rivers - who used to host The Late Show with Joan Rivers back in 1987 - to get the coveted job of hosting a major broadcast network’s late night show.

Fans have to thank The Rock and comedian Hasan Minhaj for getting to see Lily on television. It was the two accomplished gentlemen, who gave her advice on taking the gig after she reached out to them.

An accomplished Youtuber, she will surely win audiences heart all over again when her show will air in September 2019.