By LRU Writer | On: February 04, 2019
At the age of 33, Victoria's Secret model Lily Aldridge a mom of two... Almost five months after announcing the pregnancy, the Santa Monica native and her musician husband welcomed a baby boy towards the end of January 2019. The married made the revelation via Instagram... With the joyous news, the Aldrige-Followill family is now a crew of four. The pair is already parents to a daughter... 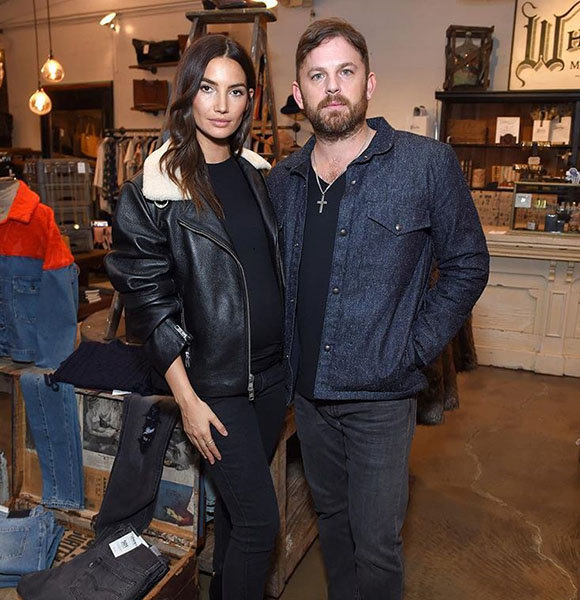 At the age of 33, Victoria's Secret model Lily Aldridge is a mom of two!

Almost five months after announcing the pregnancy, the Santa Monica native and her musician husband welcomed a baby boy towards the end of January 2019. The couple, who are already parents to a daughter, made the revelation via Instagram.

With the joyous news, the Aldrige-Followill family is now a crew of four.

Uploading a black & white snap of the newly born's feet, the 33-year-old - whose height & weight reads five feet and seven inches (172 cm) and 54 kilograms respectively - captioned the Instagram post with the child's name and date of birth.

Interestingly enough, Lily later deleted the post. What could have possibly inspired her to do so? Perhaps, an exclusive deal with a magazine to release the first photo of the baby is at work.

Back in August 2018, she "surprised" her 5.3 million Instagram followers by announcing her pregnancy. In the post, a bikini-clad Lily showcased her ever-so-growing baby bump. Earlier that day, the Victoria Secret Angel had shared a photo of herself, the frontman of the rock band Kings of Leon, age 37, and their daughter attending a fair.

Rest assured, none will be happier with the birth of Winston than his big sister Dixie Pearl Followill. Lily Aldridge gets photographed alongside her husband Caleb Followill and their daughter at the LAX around 2013 (Photo:- alamy.com)

Now age 6, Dixie is a gem of a daughter. The supermodel, for her part, is raising her firstborn the right way. Opening about the teachings in a November 2018 interview, she told Vogue:-

“I’d like to teach her that beauty comes from the inside.”

She and her husband welcomed their firstborn on 12th June 2012, nearly a year after their wedding. Married in May 2011, the duo shared the "I Do" at the San Ysidro Ranch in Montecito, California.

On the big day, the bride wore a strapless mermaid dress while the groom looked dashing in a Gucci tuxedo. All the Kings of Leon members including Nathan, Jared, and Matthew Followill were present at the intimate wedding ceremony.

To those unfamiliar with Lily and Caleb's dating history, the lovebirds began seeing each other after getting introduced to each other in 2007 at the Coachella Music Festival.

Explore:- NBC Cancelled Timeless (Again), Will It Get Renewed After Series Finale?

Although they may have met at an outdoor event, both - in interviews - claimed to love involving in indoor activities like cooking at home. With a new baby in the mix, they now have the opportunity to do just that.