By LRU Writer | On: October 02, 2019
Lily-Rose Depp is a prominent face in the...Rising slowly but surely, Lily is leaving her mark in the American entertainment industry...Interestingly, the pair were assumed to be dating since October 2015. The alleged rumors came into light after...Gracing the news and media, Timothy and Lily made a dashing appearance together on the...Leaving aside her family details and dating life, the... 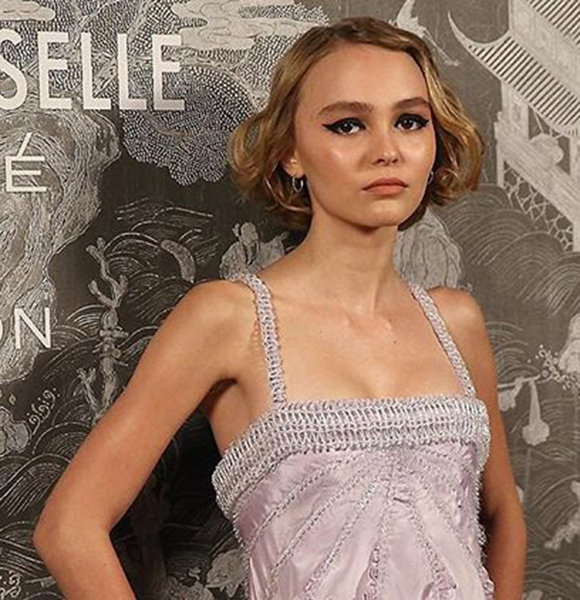 One of the lead actresses in the 2019 historic drama The King, Lily-Rose Melody Depp is a prominent face in the Hollywood industry. She began her showbiz journey in 2014, with a cameo appearance in the movie, Tusk.

Rising slowly but surely, Lily is leaving her mark in the American entertainment industry.

Also, her uber-famous family members add to her rising resume.

Who Is Lily's Boyfriend? Dating History

Interestingly, the pair were assumed to be dating since October 2015. The alleged rumors came into light after Lily and Ash were seen making out in Paris.

But, the duo didn't confirm their relationship. Lily and her boyfriend kept a low dating profile and maintained a safe distance from paparazzi.

However, their attempt to hide didn't work. With the actress and her lover's regular papped pictures, things became clear about their relationship status. By 2016, it was out that the duo was dating.

Sadly their relationship came to a halt in early 2018.

Love, however, made its way back to Lily. She started a relationship with her The King co-star Timothée Chalamet. Their dating relationship became public when the duo was seen kissing in New York City in October 2018.

As they kept their relationship low key, there were rumors about their split.

However, the couple completely shut down the break-up news on the 2nd of September 2019. Well, on the said day, Timothée and Lily made a dashing appearance together as a couple on the 2019 Venice Film Festival at the world premiere of their film, The King.

Following their debut as a couple, the love-birds' steamy makeout session on 9 September 2019 at Italy- captured by paparazzi- revealed their passionate relationship.

If her surname isn't an ample clue about her family.

Sharing a blend of French-American ethnicity, young Lily is the daughter of Hollywood superstar father Johnny Depp and singer mother, Vanessa Paradis. From them, Lily holds dual citizenship in the United States and France

Their parents were never married but remained in a happy union for 14 long years before splitting up in 2012.

Leaving aside her family details and dating life, the 20-year-old is also adored for her beauty.

You May Like:- Jena Sims Boyfriend, Net Worth, Measurements

Standing tall at the height of 5 feet 3 inches (1.6m) and a weight of 47 kilograms, Lily rocks a gorgeous body of 31-23-32 inches in measurements. Lily has a petite figure and blonde tresses as her most distinctive features.