By LRU Writer | On: January 05, 2021
Ending four years of marriage with.....that had stormed the relation with father Todd Chrisley, Lindsie Chrisley has swirling rumors of getting back with ex-husband again. A single mom at the moment, Lindsie finds different ways to make atonement with husband for giving her son......with everything that he could ever wish for. 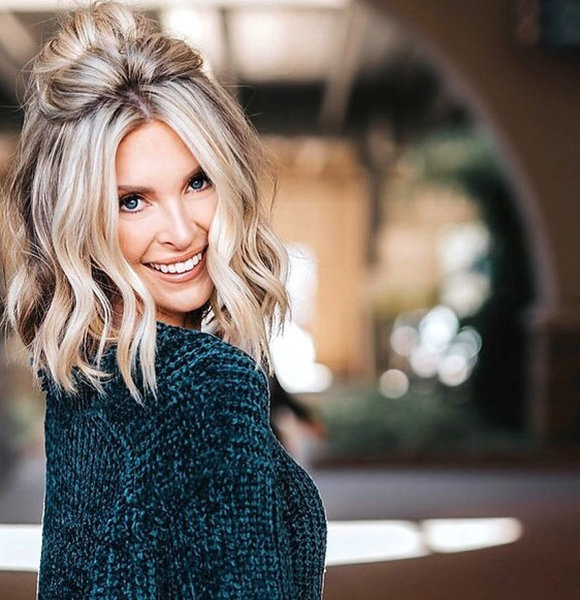 Starring in the American reality series “Chrisley Knows Best”, the fan popular Lindsie Chrisley has entertained everybody through her dynamic performance. After leaving the series on a bitter note, this star has taken a turnabout in podcasting “Teen Mom 2” with her bestie Kailyn Lowry.

The star, the eldest daughter in the Chrisley family, had created a bit of rift in the family after eloping with boyfriend Will Campbell. A relation that was built without the approval of her parents soon headed downfall after Chrisley filed a divorce and called an end to her marriage.

However, after two years of singlehood, the rumor has it boiling that Will Campell and Lindsie Charlie are back again.

The year 2012 gave an official beginning for Chrisley and Will who tied the knot after successfully eloping. The news of Lindsie marrying Will Campbell was a shocker to father Todd Chrisley who didn’t approve the relation in first hand.

Todd heated with such a wedding was further dismayed by the next big news of “Baby on the way” given by Lindsie.

With the arrival of baby Jackson, the couple slowly started facing a severe relationship crisis. It was Lindsie who announced the spit with her husband To ‘People’ saying,

“He was my first love. We got together when we were 19 years old, and over time we grew separately in different directions instead of together,”

Lindsie further explained her side of the story by saying,

“I feel like I’ve become more independent, I’ve come more into myself, I’m more confident with myself and I just don’t feel that relationship gives me what I need anymore. I’ve outgrown the relationship.”

Lindsie, however, later claimed that she hoped to remain friends with Will because he was the first love of her life and she had nothing negative to hold against him.

Read Also: Kyle Chrisley, 26, Stepping Up With Wife! This Is What He's Been Up To

The Teen Mom star was right in this part when earlier this year, the couples were back together mending their ties for their son Jackson. 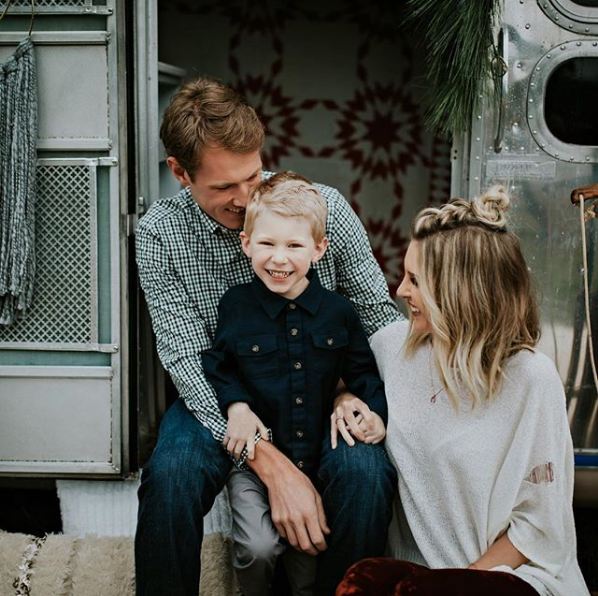 Lindsie posts a picture of her happy family after getting back with her former husband (Photo: Lindsie Chrisley's Instagram)

Lindsie, who headed for atonement with her husband, later called it a final end when she discovered that amends were not possible when the two people had learned to head in the opposite direction. She said,

“We had a little time apart, then we got back together in the hopes that we could make it work for our child,”

“But we realized that two people that are not happy with one another and trying to make it work just for the child and not for themselves personally – that’s not in the best interest of the child, or either of us.”

The on-and-off relation of the ‘Living Like Lindsie’ blogger didn’t work as expected which made the star realize that reparation wasn’t the answer.

Before pouring news of remarriage with her husband and being the hotshot celeb in the media, Lindsie Chrisley was previously known for starring in the reality show “Chrisley Knows Best”. The show featured all the members of the Chrisley family including Todd Chrisley, Julie Chrisley, Kyle Chrisley, Chase Chrisley, Savannah Chrisley, Grayson Chrisley, Chole Chrisley, and Faye Chrisley.

Her performance in the show since 2004 has made her popular.

After her significant contribution to the family show, Lindsie switched to podcasting Coffee Convos with the Teen Mom 2 star Kail Lowry.

Interesting inside story: Julie Chrisley Reveals Her Cancer Battle! Only Went Through Plastic Surgery Or A Weight Loss Surgery As Well? Working as an actor, podcaster, and part-time blogger, Lindsie has earned a net worth of $5 Million dollars.

Many might think that she is the daughter of Todd Chrisley and his wife Julie Chrisley but that is not true; Her biological parents are Todd Chrisley and Teresa Terry. Chase, Savannah, and Grayson are her step-siblings.

She is an American national and stands tall at the height of 5' 8''.

Lindsie hit the headlines on August 2019 when her father and brother threatened to release her sex tape involving Bachelorette alum Robby Hayes and Josh Murray.

She then headed straight to an attorney office in Atlanta and accused her brother Chase and father Todd of trying to blackmail her. She clamied that the threaten was to help cover up Todd's tax evasion. (Todd and his wife Julie were charged with bank fraud and federal tax evasion, however, they pleaded not guilty.)

Todd on the other hand fired back saying he had tried to keep Lindsie's extramarital affairs with the Bachelorette alums a secret since August 2016; during that time she was married to Will Cambell.

He added that the accusation she made on her brother was a lie.