By LRU Writer | On: November 02, 2018
Lisa Desjardins, a correspondent at the PBS NewsHour, balances rising career along with her married life. She is married to...back in...the couple have been together for...and now shares a baby together... 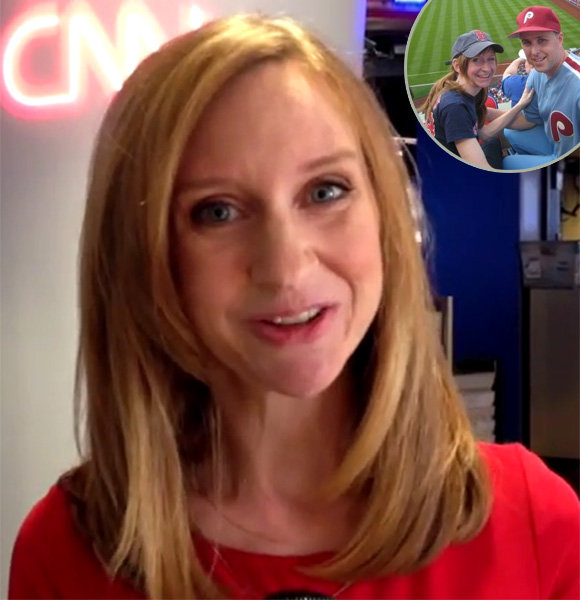 American political journalist, Lisa Desjardins, a correspondent at the PBS NewsHour, cherishes her family life while balancing between being a mother and a journalist at the same time!

While reaching the height of success and making a name for herself in the world of journalism, she shares her family life with her husband and baby boy away from the spotlight.

Indeed, Lisa is already married and blessed to have her husband in her life just as she raises her toddler!

Well, let us take a look at how she manages to be a mother and a correspondent at the same time even at this age. Here is what her bio reveals.

Family Life With Husband Of Over A Decade

Working in the world of journalism is not as easy as it seems from the outside!

While on the field one needs to utilize all the education received in the course of time, Lisa is excelling in doing so and at the same time, she has managed to find love and raise a kid with her partner for life.

See Also: Why Did Alexandra Krosney Exit Last Man Standing? Was It Because Of Her Boyfriend?

Lisa is married to boyfriend-turned-husband Jason Desjardins and they have been together till today. The couple exchanged the wedding vows back in October 2007 during a wedding ceremony filled with their family and close friends. The couple has been together since then and just last year they marked a decade of togetherness. In 2017, the couple celebrated their tenth anniversary while marking the day posts on social media.

The pair, who had previously kept their personal life low-key, opened up with their friends and followers sharing their tenth anniversary. Lisa and Jason both posted on the social media about their achievement as a couple.

Lisa posted a picture with her husband on her Twitter in which Jason is seen putting his hands on Lisa's shoulder while Lisa has her hands on Jason's chest. Through the caption, Lisa cherished Jason's presence in her life while expressing how loved up she felt. She wrote,

"SO LUCKY - I married this amazing man ten years ago today. Maybe not Twitter talk - but feeling a bit giddy in love tonight."

On the other hand, Jason posted their wedding picture dating back to 2007. In the picture, Jason and Lisa both appeared in the wedding clothing along with the bridesmaids and groomsmen as they lined up for a picture on the stairs. Jason marked their anniversary day posting pictures from their big day.

Well, the two are not only great with their relationship but also are proud parents. They share a baby boy together. After nine years of exchanging the wedding vows, the pair was finally blessed with their first baby. The couple named the boy Maximo Maurice after their beloved grandfather.

Lisa made sure to reveal the news on her Twitter announcing the arrival of her young one. With the addition of Maximo, the couple finally had their own family of three. And since then, the couple have been cherishing their time together without missing out on big events such as Christmas and birthdays.