By LRU Writer | On: September 30, 2019
Lisa Emery is an American actress...notable for working in movies and TV shows like...was married to husband...has a son named Zane Pais...boasts a net worth of...height extends upto... 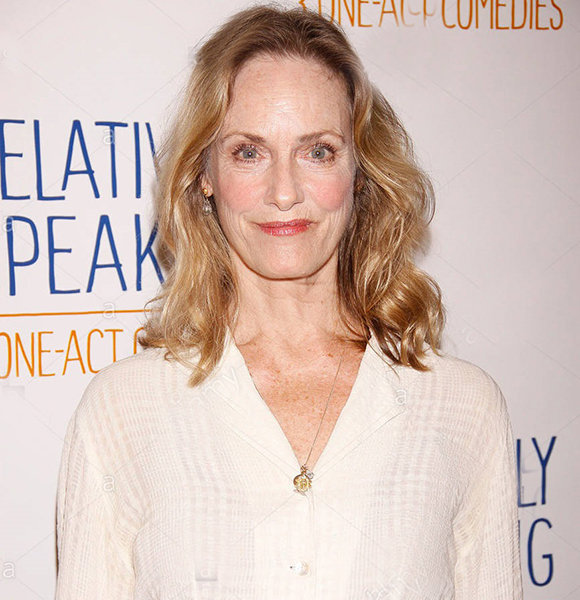 Lisa Emery has not only shown her acting talent on camera, but she also excels at Broadway performances. Most recognized for her appearances in movies like Wolf and Unfaithful, she has been a part of several more films and TV shows.

Having struggled years to get to the position where she rests now, Lisa is a humble woman and has not let her success become ego.

Apart from her acting on screen, her personal life has also been a matter of curiosity to her fans and admirers.

While she has proven herself as a loving mother, is Lisa also a loyal wife? Let's find out!

Lisa was previously married to an Ameican actor named Josh Pais in 1990. Josh is mostly known for his role as Raphael in Teenage Mutant Ninja Turtles.

Interestingly, he was the only one to wear the turtle costume and provide the voice for his character. He initially trained as a traditional actor and went on exploring more. Consequently, Josh received more training from teachers and directors from all around the world, which led to him becoming the founder of Committed Impulse.

Know More: Marie Forleo Is Married And You May Just Know Her Husband!

Though Josh made a long term name for himself in the industry, his marriage with Lisa could not last for long. The couple was married for 13 years and has a son named Zane Pais - who was born on 22 September 1993 in New York City. Following the footsteps of his parents, Zane grew up to become an actor and a writer famous for Room 104 (2017), Paint and Margot at the Wedding (2007).

Lisa is an American actress born on 29 January 1956 in Pittsburgh, Pennsylvania. Her father was an advertising executive. Her mother, on the other hand, was an ambitious actress, who had run away to New York City at the age of 18 to pursue her career.

You May Also Like: Mary-Louise Parker Husband, Children, Net Worth

No wonder it was her mother who enrolled Lisa to an acting class at the age of five. The actress still resembles her mother’s traits standing slender and attractive at the height of 5 feet 9 inches (175 cm). She is ever so stunning even at 63 years old.

The actress - age 63 - was blessed with parents, who supported her throughout the decisions she made in life.

Lisa has appeared in films like People I know, The Night Listener, Cold Souls, and Admission. Moreover, she also ventured in the TV shows like Damages, Fringe, Louie, and Elementary.

The TV show that gave her an extra hype was The Sinner, which was renewed for the third season in March 2019. Her career highlight also includes Ozark, the Netflix streaming series promoted for season 3 in 2019.

More From Live Rampup: American Actress Abby Miller From The Sinner: Used Past Experience of Dating Affair With Boyfriend to Advantage

With her engagement in the show business, her average salary is estimated to be between $49,923 and $51K. However, her net worth amount remains under wraps.