By LRU Writer | On: August 20, 2019
Lisa Haydon made a splash worldwide with her role of Vijayalakshmi...Before proving her caliber as an actor, she was a model in Australia since age 19...eventually moved to the movie industry in India... 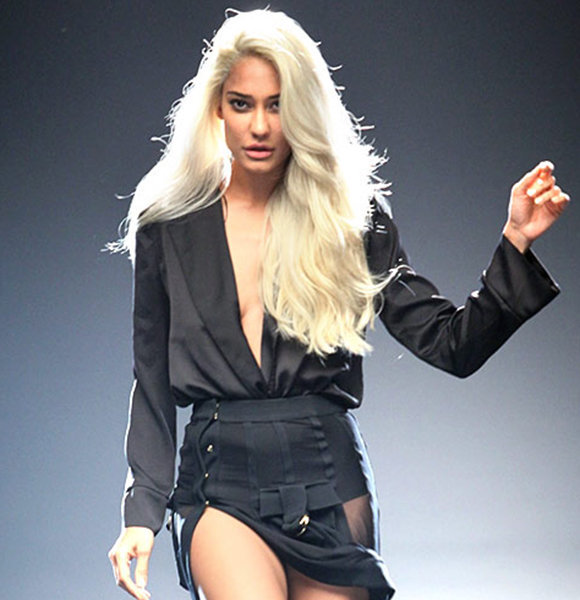 Bollywood star, Lisa Haydon made a splash worldwide with her role of Vijayalakshmi in 2013 cult classic Hindi movie, Queen. Before proving her caliber as an actor, she was a model in Australia since age 19.

Well, the successful actor broke her admirer’s heart when the news of her impending wedding broke in September 2016 (via sister Malika’s Instagram). How’s her married life going and is there addition to her family? Let’s dive in!

The bride Lisa, dressed in a white gown, was accompanied by her father and siblings Julia and Malika to the aisle. Finally, the Ae Dil Hai Muskil actor and her beau converted their dating relationship into a legal one. Well, the love-birds weren’t satisfied with one wedding ceremony. So, the husband and wife got married again at the same place on the occasion of their second wedding anniversary. They wore the same wedding dress only with an addition of joyful jewelry; their half-year-old son Zack Lalvani (born 17th May 2017).

After two years of parenting, their son Zack, Lisa and Dino became set to welcome new addition to their already beautiful family.

On the 16th of August 2016, the actress revealed to her fans that she was pregnant. The news of the pregnancy came through social media handle, Instagram. Lisa could be seen dawning a small baby bump on the photo alongside her husband and firstborn.

Lisa, real name, Elisabeth Marie Haydon was born to an Australian mother and an Indian father in Chennai, India. Thus, via her birthright, she holds Indian nationality. Courtesy of the interracial marriage of her parents, she inherits mixed ethnicity: half white-half-Indian. Sadly, her mother passed away on April 2017.

Although she was born in India, Lisa spent her childhood and lived in Australia up to her teenage years.

The international star was a mere teenager when she stepped foot in the modeling industry. Sensing the abundance of opportunity in her homeland, she moved to India at the age of 21. Soon enough she landed a part in Aisha, an Indian adaptation of Jane Austen's novel Emma.

Well, the talented beauty followed it up with movies Rascals, The Shaukeens and Housefull 3. Her most lauded roles were in movies, Queen and Ae Dil Hai Muskil.

Besides working as an actor, Lisa also put on a hat of a mentor-cum-judge in MTV India’s hit show India’s Next Top Model. She worked in the show for two seasons before being replaced by Bollywood starlet, Mallika Arora.