By LRU Writer | On: March 06, 2019
In the already buzzing list of Hollywood actors named Chris, Crazy Rich Asians star Chris Pang is another addition to the coveted list. Well, he has the looks, charm and acting talent like any other Hollywood leading man. The breakout star of 2018 is an export from Australia. Till then he is happily married to his...Well, there are other fan theories about Chris being gay... 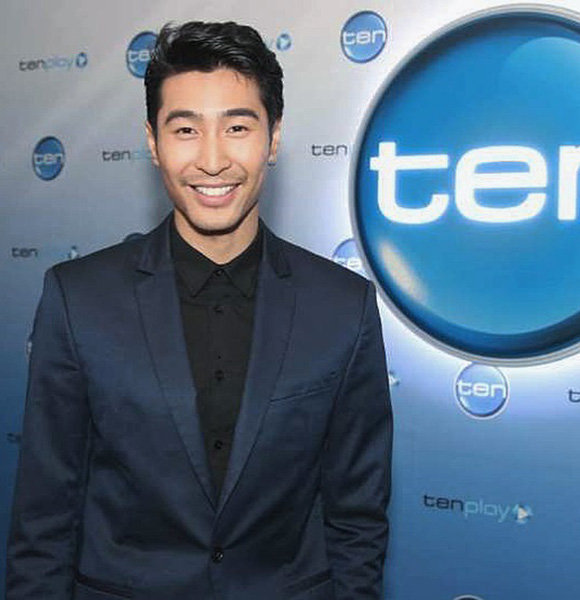 In the already buzzing list of Hollywood actors named Chris, Crazy Rich Asians star Chris Pang is another addition. Well, he has the looks, charm and acting talent like any other Hollywood leading man.

But, unlike other actors, Chris didn’t aspire to be an actor while growing up. All because, while in Australia, he never saw people of Asian descent on TV. For a long time, he saw himself as not worthy of being an actor.

However, he caught the eyes of a casting director when he was working in a mobile shop. The casting director asked him to dub English voice for Jackie Chan's movie, New Police Story 4. After that, the acting bug finally caught up to Chris, and he never left the entertainment realm.

Even before he made his mark in Hollywood with his role in groundbreaking, all Asian cast movie - Crazy Rich Asians - Chris was an actor on the rise back home. So, naturally, the curiosity regarding his dating life is not new.

But, the dashing actor runs a mile away from any questions regarding his girlfriend or partner in life. When asked about his relationships, during an interview he said to Cosmo magazine,

I'm a self-absorbed actor. I'm obviously in a relationship with myself.

With such reply, fans can be sure that he won’t let anything out about his dating life.

But, they can still enjoy his role as Colin Khoo in Crazy Rich Asians where he turns his girlfriend - played by Sonoya Mizuno - into his wife in an elaborate wedding ceremony. Since he refrains from revealing about his personal life, there are fan theories about him being gay, but without any evidence, nothing can be proved. After all such rumors are just part and parcel of a Hollywood actor’s life, who is happily married to work-acting.

His Bio And Parents

Chris was born on 29th December 1984 to martial arts instructor parents in Australia. His father Barry Pang is of Chinese descent whereas his mother Anne Pang is of Taiwanese descent. Thus, Chris inherits Chinese-Taiwanese ethnicity.

Well, martial arts been in his family for long. He is distantly related to superstar Bruce Lee. His paternal grandmother was a cousin of Bruce Lee. On top of that, his parent’s run Melbourne's highly respected Barry Pang Kung Fu Schools.

Chris’ Height, Weight, Plus Net Worth

His acting credits include Marco Polo, Crouching Tiger, Hidden Dragon: Sword of Destiny and Tomorrow When The War Began. With the increasing profile in Hollywood, he earns salary an $50,529 per year. It is safe to guess his net worth is pretty decent.

Along with talent, Chris - age 34 - has a great physique. With a height of 5 feet 11 inches (1.8 m) and a weight which compliments his body, he embodies a Hollywood star in every way.