By LRU Writer | On: October 18, 2018
Lisa Mateo is an American journalist who has been working as an anchor in Pix11 for over...years. she is involved in a long-term marriage with her husband...for ...years. with her career longevity, she earns around... 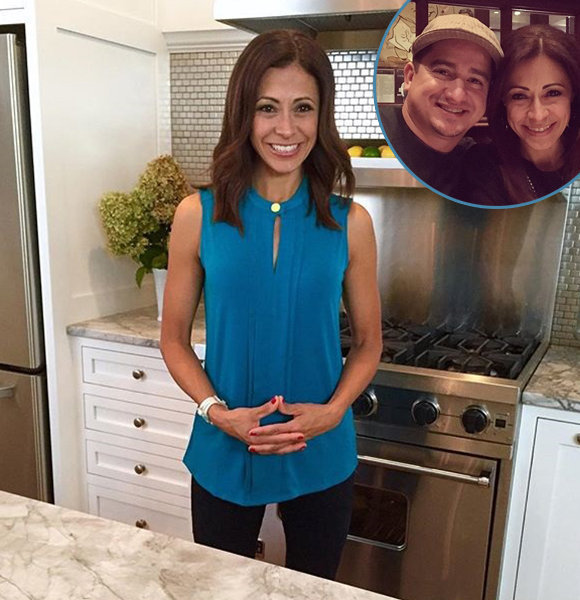 From working as a production assistant operating the teleprompter on the sets of WPIX 11 to producing her own show on the channel, Lisa Mateo’s success story is nothing less than incredible.

The weekday morning anchor and weather reporter on PIX 11 for over a decade, Lisa has been well supported on her professional career by her husband. With a marriage lasting almost two decades, Lisa has been continuously supported by her husband Jose, in order to fulfill her duties as an anchor at work, and as a wife and a mother at home.

With longevity in both her marriage and career, Lisa is compensated well with two beautiful children in the family, and an enormous salary return at her workplace.

Unlike her on-screen self, Lisa prefers her privacy when it comes to her personal life.

With nobody allowed to break the wall that she has built between her professional and personal life, Lisa constantly updates her fans herself about the special occasions in her life through her social media posts.

Lisa is married to the man of her dreams in the form of Jose. In fact, the two have been with each other ever since their college days and have supported each other through every up and down in life.

On the occasion of her 19th wedding anniversary with Jose on 24 September 2018, Lisa recalled about the time they met almost two decades back in her instagram post, where the caption read,

“More than 20 years ago we met back in college....a Romantic setting at the grease trucks at Rutgers University over a fat cat burger.”

The two have been together ever since with both of them staying committed to the vows they took on their wedding day. Lisa Mateo with her husband on his birthday. (Photo: lisamateotv'Instagram)

Lisa, a perfect wife in her own way, never misses a chance to bring a smile to her husband’s face, be it through wishing her husband a happy birthday or wishing him on their wedding anniversary with a romantic post on social media.

Born in Brooklyn, Lisa has spent most of her life in New York. The anchor graduated from Rutgers with a double majors degree in journalism and communication.

After starting her career in print journalism, she later made a switch to broadcasting in 2000 as a production assistant for WPIX.

Because of her WPIX career now lasting well over a decade, Lisa is paid an enormous salary return as part of her contribution to the growth of the channel.

With the average salary of a WPIX reported estimated to be around $85,725 per annum, Lisa is expected to earn way above that figure.

Lisa, alongside her huge salary returns in her professional life, has also been blessed with two children from her marriage with Jose.

The couple built a family in the form of son Jaren, age 16 and daughter Jiselle, age 10. Lisa Mateo posting with her husband and children on the occasion of Christmas eve in 2017. (Photo: lisamateotv'Instagram)

With her increasing stature in the world of journalism, Lisa still manages to spend quality time with her children. The anchor is seen posting several pictures of his children on social media.

A loving wife to husband Jose, a proud mom to her son and daughter and a committed anchor to PIX11, Lisa Mateo continues to excel in whatever role she performs in life.