By LRU Writer | On: February 01, 2020
Lisa Williams is a psychic reader and TV personality who has hosted her own show...is married to husband Chris Eichert...has one son named Charlie...was born in 2000...her age is...has published a few books...spends time with her family... 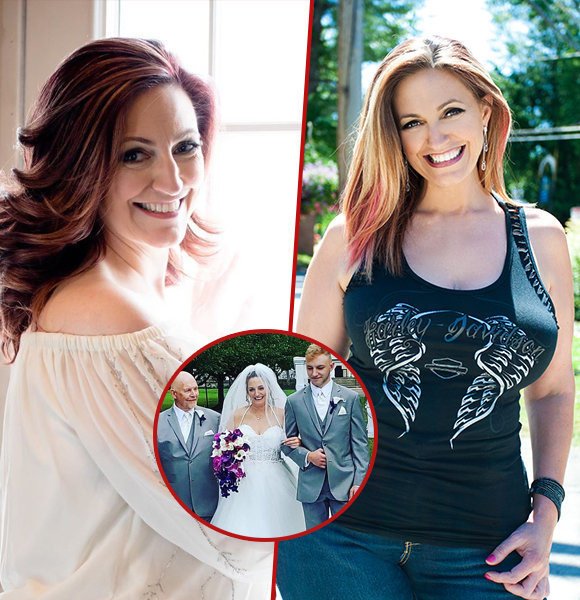 Lisa Williams is famous for her psychic abilities. She is known for giving psychic readings about people and getting visions and seeing spirits.

She hosted the show, Lisa Willians: Life Among the Dead from 2007 to 2008. Apart from this, she also appeared in Psychic Touch in 2007 and Packed in a Trunk: The Lost Art of Edith Lake Wilkinson in 2015.

Lisa is married to Chris Eichert. They first met and started going out from around January 2015. She met Chris after a couple of failed relationships. According to her, she got together with him after she surrendered her relationship life to the spirits. The couple got married on the 1st of September 2019.

Past Relationships And Children

Lisa was previously married to a guy named Kevin Harris. They married in 1997 and had a son named Charlie Williams.

Another TV Personality:- Brandon Jenner Is Set To Get Married With His Pregnant Girlfriend | Details

But, they split in 2000, right around the time when Charlie was born, and both of them moved on to lead their separate lives.

Charlie was born on the 16th of April 2000. He is an artist, and his Instagram is filled with drawings and sketches.

Charlie attended Maple Grove High School and graduated from there on the 29th of June 2019.

All her books are available on Amazon.

Another Psychic Reader:- Openly Gay Tyler Henry Is Not Stable With Boyfriend! Teaches How To Pick Out Real And Fake Psychics But What About Him?