By LRU Writer | On: September 19, 2019
Lorraine Toussaint was quite sure of her acting career, what she wasn't sure of was getting married to...she filed for a divorce after 2 years of marriage that was held on...the beauty also requested for spousal support from Tomlinson...the couple seemed to have ended on a bad note as she also requested to block the court's ability to award support to her husband... 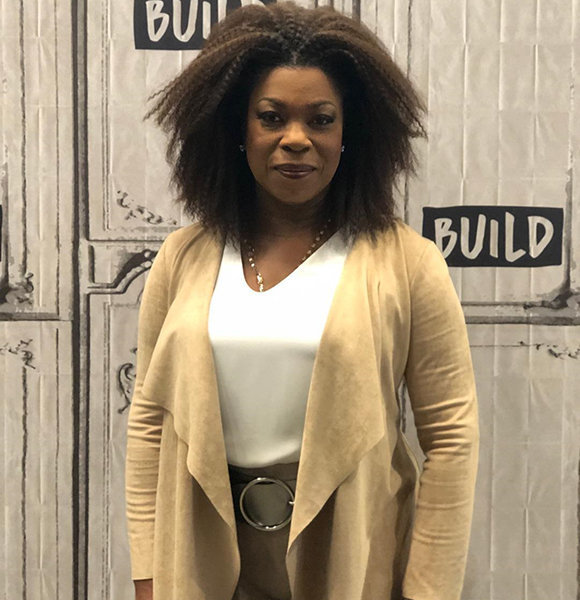 Lorraine Toussaint knew she had the acting chops at the tender age of 11 when she declared her intentions to become an actress.

The actress' family laughed off her big dreams until she went on to win the Screen Actors Guild Awards for Outstanding Performance by an Ensemble in a Comedy Series in 2014.

Lorraine is mostly adored for her performance in Orange Is the New Black. Her portrayal of Yvonne "Vee" Parker won the artist a Critics' Choice Television Award for Best Supporting Actress In A Drama and a SAG Award in 2015.

Even at the age of 59, she is famous for her starring role as Rene Jackson in the Lifetime series Any Day Now.

Lorraine was born to a hardworking lady, who was a  Montessori teacher in Trinidad and Tobago. No wonder Lorraine stands tall at the height of 5 feet and 9 inches (1.75 m), resembling the features of her classy mother.

She was only 10 when she left her native land to Brooklyn, New York. The insightful lady was raised in a middle-class family and went on to graduate from New York's renowned High School of Performing Arts. Interestingly, the actress started her first paying job as Lady Macbeth in Shakespeare & Company on the very day she graduated.

Though Lorraine was quite sure of her acting career, what she wasn't sure of was getting married to Robert Michael Tomlinson. Consequently, she filed for a divorce after two years of doubtful marriage that was held on 25 June 2017. The beauty also requested spousal support from Tomlinson. However, the couple seemed to have ended on a wrong note as she even asked to block the court's ability to award relief to her ex-husband.

The internet, however, had it wrong and mistook her husband's name for Micah Zane while they were still married. The actress even joked that  Micah was her internet husband and called Robert by his name sometimes. Lorraine also has 14-year-old daughter, Samara with her ex-husband.

Samara is a dancer, and she often goes to the Joyce Theater with her mother. Besides, the mother-daughter duo is both foodie and enjoy multi-cuisine street foods from over the world at the Gotham Market, time and again.

The versatile actress has worked on movies such as Black Dog, America's Dream, and Mother's Boys. The TV shows have however been the thing to convey her versatility, as she has magnificently played her roles in Into the Badlands, The Village, Rosewood, and so on.

With her engagement in the entertainment world, Lorraine is sound financially too. She has a net worth of $2 million and owns a living space at both Malibu and LA.