By LRU Writer | On: October 31, 2019
Lou Williams has had two girlfriends in the past...doesn't have any wife...is not dating anyone as of now...is 33 years old...father died when he was young...grew up with two siblings...of African-American ethnicity...has a height of...didn't go to college 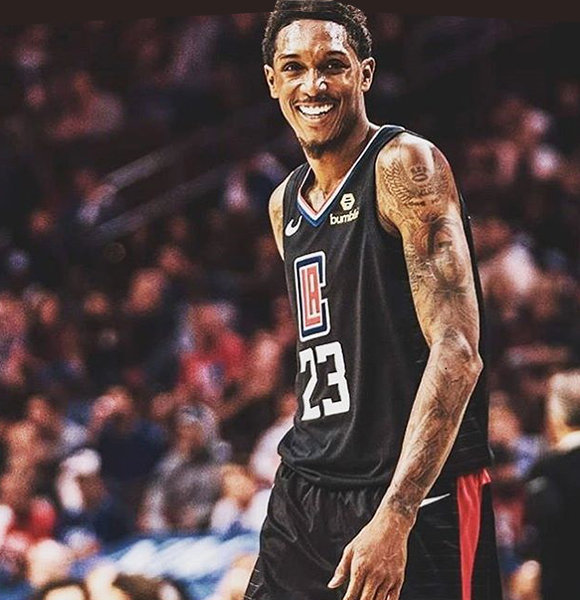 If you are an avid NBA follower, then Lou Williams' name must have come time and again. Lou is a veteran when it comes to the NBA and basketball in general.

Having made his professional debut way back in 2005, Lou has played for many teams during his pro career. And, he has managed to become an essential part in each of those rosters.

Even now, at the age of 33, when most players start considering retirement, Lou is still going strong. He is contract-bound with the LA Clippers till 2020 and has a few good years left at the top level.

Lou Williams was born on 27th October 1986 in Memphis, Tennessee. He is a player with a height of 6 feet 1 inch (1.85 m), which is average considering NBA players’ heights. Lou weighs about 79.4 kgs and is of African-American ethnicity.

The veteran basketball player was committed to playing for the University of Georgia, but he never made it to college. He chose to enter the NBA draft in 2005 as the nation’s top high school player.

Before his draft, however, Lou played for the Gwinnett High School. He also studied at Henderson Middle School.

Aside from his basketball interests, Lou is also a musician. He grew up listening to artists like Marvin Gaye, Toni Braxton, and the likes. He even writes his own lyrics and is also a rapper.

Raised in a musical home, Lou was born to father Willie Lou Williams and mother Janice Faulkner. His father passed away when he was eight years old.

After his father’s death, Lou started falling into bad habits. As a result, his mother moved him to Atlanta.

Along with his parents, Lou grew up with two siblings - Taurus and FraShaundra.

Who Is Lou Williams’ Girlfriend?

An expert in the dating game as many would know, Lou has had his share of girlfriends. He was the guy to break the story about NBA stars dating multiple women at the same time - a comment for which he received massive backlash.

But, the guy, who was once dating two women simultaneously, is now single. However, his past relationships must have been a handful to him.

Lou was in a relationship with Ashley Henderson and Rece Mitchell at the same time. This information was revealed for the first time back in 2014.

Talking about Ashley Henderson, she is an Instagram star who started in 2012. Ashley is also the mother of Lou’s two daughters - Jada and Zoey. But, unfortunately for Lou, he and Ashley separated in 2015. Now to the third part of Lou’s relationship triangle, Rece Williams started as a girlfriend of Ashley. As time passed, Lou and Ashley adopted Rece into their relationship.

But, Rece didn’t stick around for too long as she was seen on vacation with Drake and Trey Songz in late 2018. Lou also hinted that Rece had moved on from him in December of 2018.

Rece, however, announced on 20th August 2019 via Instagram that she was pregnant. The pregnancy disclosure has sparked speculations about Lou being the father of Rece's baby. But, these are just rumors for now as neither of them has confirmed or denied the gossip.

Lou is not involved with anyone right now and does not have a wife. He is busy with the Clippers and also with his daughters.