By LRU Writer | On: October 30, 2019
Odette Annable's is quite the popular face in the...With more than...remarkable contribution towards the...The two met on the sets for only a few episodes but went on to...Her husband didn't leave anything to chance between the two...As a result of their union, the two welcomed...Among her many works over the past decade, she is mostly recognized for her...With a slew of acting chops in...has a networth of... 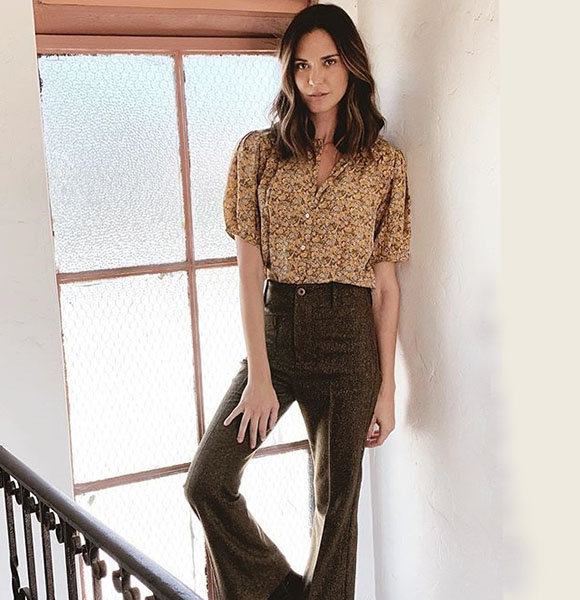 With more than forty acting credits to her name, Odette Annable is a star actress in both Hollywood movies and TV shows.

Sharing screen time with artists like Hugh Laurie, Robert Sean Leonard, Lisa Edelstein, Ashton Kutcher, Olivia Wilde, and many other celebrities, she has made a remarkable contribution towards the American entertainment industry.

Odette was previously engaged to actor Trevor Wright in 2007, but the relationship came to a halt in 2008. Before that, it was Billy Riley, whom she dated for a few years.

After a few slips in the dating realm, The Unborn actress found solace in the arms of her Brothers & Sisters co-star, Dave Annable. The two met on the sets for only a few episodes but went on to date from there.

You May Like :- Heida Reed Wedding, Family, Net Worth, Height

Odette's now ex-husband didn't leave anything to chance between the two. During his proposal, Dave selected the perfect ring from one conversation. When he went down on one knee to propose to Odette, she was confused, shocked, and embarrassed for a while, but her answer was an obvious yes.

After maintaining a relationship for about one and a half years, on 10 October 2010, Odette and Dave Annable joined in holy matrimony in Ojai. Celebrating their union in an outdoor ceremony, the bride and groom tied the knot in front of family and friends, totaling 215 in number.

As a result of their union, the two welcomed baby girl Charlie Mae Annable on 7 September 2015, when Odette was at the age of 30. She and her husband Dave, have only one child of age four.

Before Odette and Dave could welcome any more children into their family, the union between the two surprisingly ended. It was a bit of shocking news to hear that the lovely couple had decided to separate after nine years of marriage.

The ex-pair made a joint statement about their separation.

“It’s with heavy hearts that we have come to the mutual decision to separate at this time,” they said. “Our daughter is our primary concern and we remain committed to co-parenting her together. We ask that you please respect our family’s privacy at this time.”

For the most part, the split seems to be an amicable decision on the actor and actress' side. However, no statement has been made about a date of divorce or the actual reason for the end of their relationship. While it's confirmed that the duo has seperated in October 2019, unless the pair speaks about their split, everything can be considered to be speculation at best.

Odette Annable is quite the famous face in the American TV industry. Among her many works over the past decade, she is mostly recognized for her lead portrayal of Beth McIntyre in the action monster movie, Cloverfield.

With a slew of acting chops in House, Two and a Half Men, Life On Mars, Monk, Brothers and Sisters, and Supergirl, Odette has made her presence well known as a TV actress. In 2019, her career is taking her to new heights with the thriller anthology series, Tell Me a Story.

While an accurate measure to her net worth is unknown, the 36-year-old did share life with husband Dave, who has a net worth of $1.5 million. Any info on her earnings is missing to date.