Who Is Lucas Dobre Dating Now? His Girlfriend & Family Details 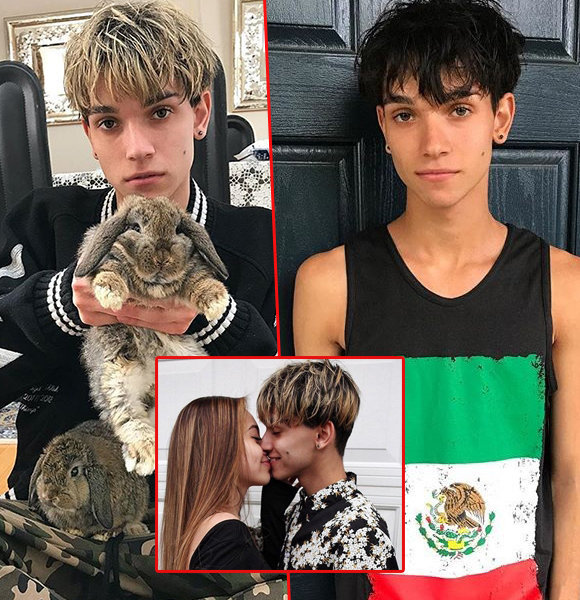 Lucas Dobre is an American dancer who first rose to fame through Vine. Known alongside his twin brother Marcus Dobre as the Dobre twins collectively, he is one of the most successful social media influencers.

Read on to find out more about the internet star who started as a Vine sensation.

Lucas Dobre-Mofid was born on 28 January 1999 in Gaithersburg, Maryland. His parents were both world-class gymnasts, with his mother Aurelia Dobre being the 1987 world all-around champion. Lucas’ father Boz Mofid was once a gymnast who was in the Iranian national team.

Currently, he owns the Dobre Gymnastics Academy, where his wife works as a dance coach and choreographer.

Lucas also has a separate YouTube channel with his twin brother called Lucas and Marcus, with over 18 million subscribers.

Lucas attended the South Hagerstown High School but did not go to college to pursue a career as a social media influencer.

Dating? Who Is His Girlfriend

Lucas has been dating Ivanita Lomeli since February 2018. The couple, who confirmed their relationship in March 2018, often share their lives on social media. Ivanita is an Instagram star whose career gained a lot of traction after her relationship with Lucas was announced. She has over 900,000 followers on Instagram and 3.6 million subscribers on her YouTube channel. Like her boyfriend, she is a dancer as well.

Besides his earnings from his YouTube, Lucas also earns from endorsement works. So far, he has endorsed for Chiquita Brands and Wendy’s. The young dancer has also appeared on Disney’s comedy series Bizaardvark.