By LRU Writer | On: July 11, 2019
Madeleine Martin is an American-Canadian actress who is best known... experience working in the Broadway National Tour of The Sound of Music and..able to bag the Marian Seldes Most Promising Young Performer Award in...is allegedly dating a boyfriend named... 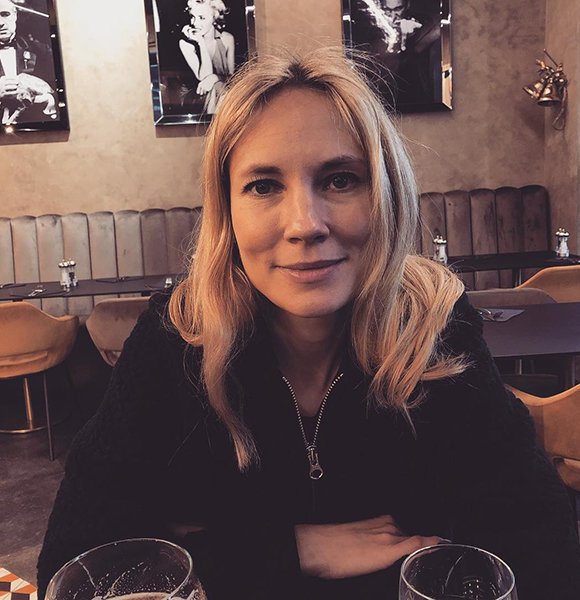 Madeleine Martin is an American-Canadian actress, best known for her role as Rebecca Moody on Showtime comedy-drama, Californication.

Commencing her acting career from an early age, Madeleine gained tons of experience working as a member in The Sound of Music's Broadway National Tour and backed her acting skills from then onwards.

Madeleine Martin - aged 27 - was born on 15 April 1993 in New York to a Canadian mother and an American father. She boasts mixed ethnicity from her parents and stands at a height of 5 feet 5 inches (1.67m).

About her body measurements, her size is approximately 34-25-35 inches with a cup size B(US) along with a constant weight of 55kgs.

As a child, Madeleine studied at the School of American Ballet. Since her father is a philosophy professor and her mother, an English teacher, she was later home-schooled by her parents.

At the age of ten in 2003, Madeleine made her Broadway debut as Joe in A Day in the Death of Joe Egg. After her terrific performance in the show, she was allowed to appear in Tony Awards as the youngest presenter in the history of the show in 2003.

The actress is also best known for playing the restive teen daughter Becca Moody- opposite her onscreen parents, Natascha McElhone and David Duchovny on Californication.

As of now, Madeleine is a rising star and a young prodigy in the entertainment business, but her parents are still strict and sensitive about their young daughter acting in adult-themed roles.

Madeleine Martin's dating life is under the constant observation and interest of the people, especially her fans and admirers.

Despite not having any known past affairs, Madeleine still has a soft spot for someone in her heart.

The American actress is seen posting pictures of a supposed boyfriend on her Instagram, whose name is yet to be disclosed. Even though her fans are eager to know about her boyfriend their relationship are still under curtains.

Presenting herself as a successful actor in the film industry. Madeleine was able to bag the Marian Seldes Most Promising Young Performer Award in 2009 and The National Youth Theater Award in 2008 for her performance in the original Broadway production movies.

Besides, acting in movies, she is a regular starter in the famous TV show, Hemlock Grove. She also voiced in the 2006 acclaimed animated film, Ice Age: The Meltdown.

From her profession as an actor, Madeleine Martin accumulates a substantial net worth for herself, which stands at $4 million.