By LRU Writer | On: October 11, 2019
Madeline Carroll has been in the showbiz...her breakout role was in...grew up in a family of...stands at the height of...kept her love life...it's nonother than Hollywood heartthrob...has been featured in around... has accumulated a hefty amount as her net worth 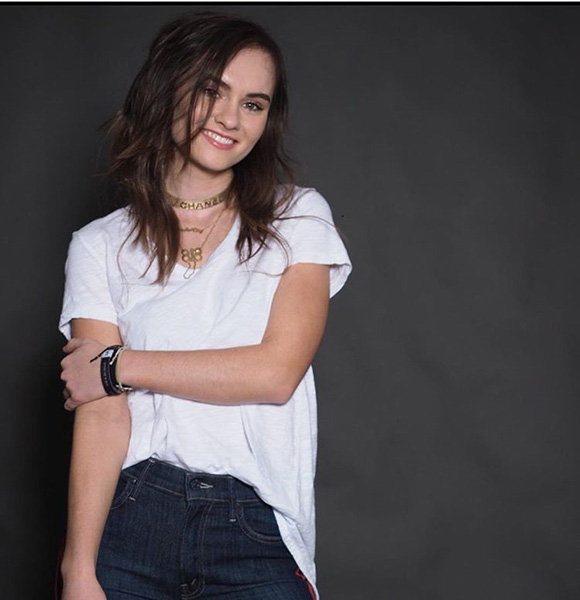 Actress Madeline Carroll has been in the showbiz since she was a small child. Her journey started at the mere age of three, soon after she was discovered by a theatre agent, then started her journey in acting.

Throughout her acting career, Madeline has almost 40 acting credits and brilliant roles to her name. However, among many parts, her breakout role was through Rob Reiner's 2010 directorial romantic-comedy film, Flipped.

23-year-old Madeline blows out her birthday candles on 18th March. Raised in  Los Angeles, California, she grew up in a family of six.

Madeline had her parents and three brothers - Ned, Jack, and Dylan - while growing up, along with a pet dog named Spot.

As the only daughter to her parents and the only sister to her brothers, Madeline is always showered with love by her family. And, from her posts on her social handles, it's pretty evident that the actress is also fond of her parents and siblings.

Who Is Madeline Carroll Dating?

Madeline - height 5 feet 4 inches (1.63 m) - is a beautiful woman. It comes without saying that the gorgeous diva has garnered a massive number of admirers throughout her career. And, her fans are always interested to know about her relationships and dating status.

However, the gorgeous actress has kept her love life pretty secluded. Despite being in the limelight for such a long time, no information has surfaced about her romantic affairs. She seems to have mastered the art of maintaining secrecy.

You May Be Interested:- Nina Agdal Boyfriend, Family, Ethnicity, Net Worth

Although Madeline has made her dating affairs a total mystery, she has always been very much open about her crush. Her dream man is none other than Hollywood heartthrob, Leonardo DiCaprio. According to Madeline, it's her biggest fantasy to work with Leonardo.

Apart from her mad love for the Titanic star, she has not spilled any details about her dating life. For all it's known, she could either be enjoying her single life and focusing on her career or hiding a possible boyfriend.

As a child actor, she has been featured in around 60 national commercials. Madeline has also appeared as a guest star on several TV shows and series like Passions, Lost, Grey's Anatomy, Scandal, Criminal Minds, and NCIS, to name a few.

Her filmography includes When a Stranger Calls, Flipped Resident Evil 3: Extinction, Swing Vote, The Spy Next Door, Mr. Popper's Penguins, Machine Gun Preacher, The Magic of Belle Isle, I Can Only Imagine, and Indivisible.

With such an impressive list of credits on her account, its pretty apparent that the talented actress has accumulated a hefty amount as her net worth. Although her actual net worth remains undisclosed, Madeline probably earns more than the average salary of $50,529.