Who Are Madison Pettis's Parents? Debunking Her Dating Speculation! 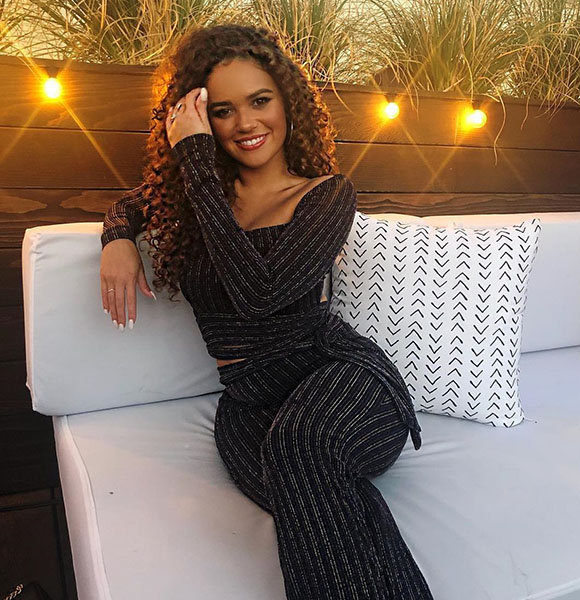 With the support of her parents, the American actress Madison Pettis entered the world of entertainment at the age of eight.

Just after a couple of screen appearances, the child actress garnered her breakthrough role in the Disney film ‘The Game Plan,’ starring alongside American actor Dwayne Johnson.

The former Disney star, who captured many hearts with her adorable persona and brilliant acting, is now all grown up, but her captivating charm and passion for her craft still prevail.

While the actress is all busy with her current projects, many of her well-wishers seem curious about her parents, boyfriend, and net worth. Let’s dig in to know the actress well.

Born on July 22, 1998, Madison’s mother and father are Michelle and Steven Pettis.

As her parents come from a different heritage, ‘The Game Plan’ actress belongs to mixed ethnicity, a combination of Irish, Italian, African-American, and French roots.

Madison’s parents enjoy a low-key life and are barely seen at public events, but the American actress makes sure to sower her love for her doting mom and dad through her social handle.

Back in 2012, the former Disney star took to her socials to wish her mother on her birthday.

Sharing her collaged pictures with her mother on her Instagram account, the actress poured her heart out to her mother through her ‘gram caption, writing,

“HAPPY BIRTHDAY to the best mom, my favorite person, and my best friend. I love you more than my heart can handle. You make all of my days so happy, so I hope you have the happiest day ever.”

The well-wishers in the comment section couldn’t help but admire the mother-daughter duo, whose lovely bond shone through the pictures.

Get to know:- What Is Miranda Cosgrove Ethnicity? Parents, Dating Status & More

Although the actress seemingly has an amazing bond with her parents, she does not frequently take to her socials to post about them.

However, another one of her Twitter posts in 2015 also suggests she has an older brother, Steven. Sharing a picture of her brother in army uniform, she dedicated a Twitter post on the occasion of Father’s day, writing, “Happy Father’s Day to my amazing big brother! I’m so proud of the brother, father & soldier you are. Love u Steven.”

This also suggests Madison is probably the only one in the entertainment industry from her family and is doing phenomenally well.

With her career skyrocketing since her childhood, the actress already has dozens of films and series credited to her name, with the most recent ones being ‘He’s All That,’ ‘American Pie Presents: Girls’ Rules,’ and ‘Five Points.’

Having had such an impressive career record, Madison’s net worth is most probably in seven figures, which is yet to be revealed.

Besides her career graph and parents' details, the actress also garnered considerable attention for her love life. Digging down her dating history, Madison previously dated baseball player Michael Porter Jr. in 2016, but the duo shortly split in 2017.

After her separation from Michael Porter Jr., the former Disney star is now rumored to be in a relationship with actor/singer Jaden Smith.

The rumor fueled up as DailyMail released some pictures of Madison and Jaden hanging out in 2021.

Nothing about the duo’s dating speculation has been confirmed yet. So stay tuned to get any recent whereabouts of the former Disney star Madison.