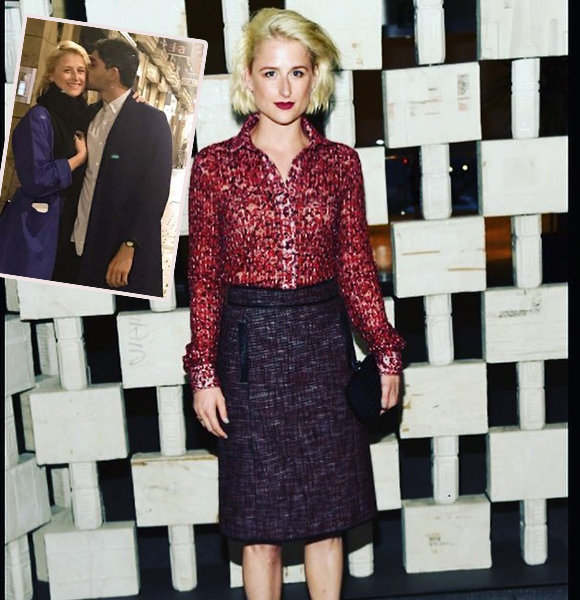 Also, the actress is a theatre actor; she has won a Theatre World Award for her performance in Mr. Marmalade in 2006.

Mamie was previously married to actor Benjamin Walker. But they divorced each other in 2013. The ex-flames first met on Broadway when they were performing in the spring 2008 production of Les Liaisons Dangereuses.

And in 2009, the two got engaged to one another. Also two years later, they tied the knot on 16th July 2011 at Mamie’s parents’ estate in Connecticut.

The actress wore her grandmother's wedding gown while walking down the aisle. And the wedding ceremony had about 150 guests as attendees. Celebrities like Tracey Ullman, Claire Danes, and Laura Linney also joined in for the wedding celebration.

However, the marriage couldn't last long, and the couple split from each other in March 2013.

Nevertheless, the official divorce date is not known, but the decision was a mutual one.

The actress is engaged to a writer and producer, Mehar Sethi. The two got engaged in August 2018. And they welcomed their first baby boy in February 2019.

Age And Some Interesting Facts About Mamie Gummer

About Mamie Gummer's Sister Grace Gummer:- Grace Gummer And Her Baffling Dating Affairs But! Who Exactly Is Her Boyfriend?