By LRU Writer | On: November 28, 2019
Marco Belinelli is an Italian basketball player who plays in the...received wide recognition in 2014 as he won the prestigious...is not yet a married man...has been in a long term relationship with...the two appear to be madly in love...was born to parents...became the first Italian to win the...stands at the height of...interesting illustrations inked all over his body... 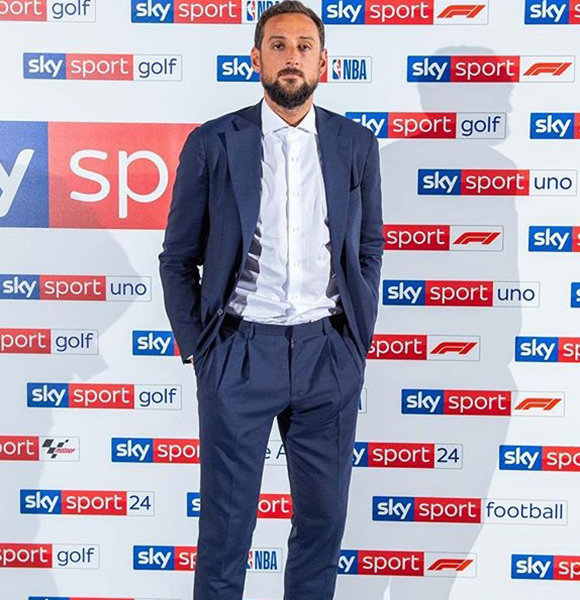 Marco Belinelli is an Italian basketball player who plays in the NBA for the San Antonio Spurs. He was first drafted in NBA by the Golden State Warriors in 2007 as its 18th overall pick.

Considering Marco's fame, the curiosities among his admirers regarding his dating affairs do not come as a surprise.

Although Marco is not a married man yet, he has been in a long term relationship with a woman named Martina Serapini. Well, the NBA star is not one to gush about his private life in media, so not much is known about their dating history and all. However, Marco does keep posting sweet pictures with his lady on his social media. From the post, it's apparent that the two are madly in love with each other.

Further, the couple does not seem too far from walking down the aisle and starting a family together.

Marco Belinelli was born to parents Iole and Daniele Belinelli in a small hometown of San Giovanni in Northern Italy. Hence, the player possesses an Italian nationality.

As for his family, the player has kept his family life secluded, so not much is known about his parents. However, he has spoken about his family, along with their support and belief for him.

You May Be Interested:- Alex Len Girlfriend, Parents, Ethnicity

When Marco won the trophy of the All-Star Three-Point, he made his family and also his country proud as he was the first Italian to win the prestigious title. His victory was celebrated widely in his home country. Further, by dedicating his achievement to his family, friends, and Italy, Marco also proved himself a humble and down-to-earth man.

Further, Marco is also a tattoo enthusiast with many exciting illustrations inked all over his body. He has a spartan helmet, feather, red diamond, and the number "40017" inked on his left arm alone. On his other arm, he has tattooed an inspiring statement that reads, “THE WILL MUST BE STRONGER THAN THE SKILL."

He also has dice and boxing gloves tattoos on the backside of his left arm and a text on the inside of his forearm. And, those are all his visible tattoos. He probably has more inks underneath his clothes.