Actress Maria Bello Is Engaged To Get Married With Superstar Chef 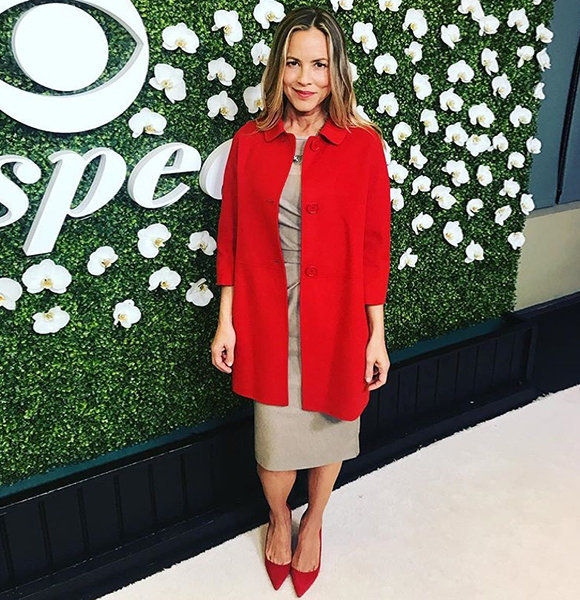 Maria Bello first rose to prominence after her role in the 2000 movie, Coyote Ugly. Her recognition also increased with her works in cinematic productions such as A History of Violence (2005), The Cooler (2003), and NCIS (TV Show - 2017 to now).

Maria has 67 credits in the acting department. In addition to this, she also has some credentials in the production department, having worked as a producer in seven projects to date including Giant Little Ones (2018), and Exit (2018), a short movie.

Maria is in a long-term relationship with Dominique Crenn.

On the 10th of February 2020, the couple attended Elton John’s annual Oscar Party. There, Maria announced that she was engaged to her chef-girlfriend. Further, she also revealed that they actually got engaged on the 29th of December 2019 in Paris, France.

After the party, Maria took to her Instagram to post a picture of them together, confirming their engagement.

Maria was not always involved with a woman. In fact, she was in a relationship with Dan McDermott from 1999. They even had a son, Jackson Blue McDermott, who was born in March of 2001. However, they split in 2006. After this, she started to date her best friend and godmother to her son, Clare Munn. Their relationship started from around mid-2013. The pair even attended Jackson's middle school graduation together in June 2015. Then, in 2016, Maria broke up with Clare to go out with Elijah Allan-Blitz, a virtual reality director for Mindfulness Teaching.

They went out for a couple of years before breaking up. After their separation, Maria started a relationship with her current fiancee Dominique, whereas Elijah got together with Brie Larson.

Coming Out As A Lesbian

Maria came out as a lesbian with an article on the New York Times.

Her article, Coming Out, as a Modern Family, was published in the New York Times on the 29th of November 2013, in which she revealed her sexuality for the first time. However, despite being known as a lesbian, she has dated both men and women in the past.

Maria Bello owns an estimated net worth of around $12 million, according to Celebrity Net Worth.

According to her profile on Celebrity Net Worth, Maria earns $125K per episode.

Other NCIS Actress:- NCIS' Linda Hunt a Wife to Someone? The Life of Actress With Her Young Companion