By LRU Writer | On: September 11, 2019
Like Namjoon is to BTS, Mark Lee is to the NCT group. Mark is like...Initially, he had difficulty adjusting due to the cultural difference in Canada and South Korean. With time, Mark adjusted in...Talking about Mark’s siblings, he has an older brother. According... 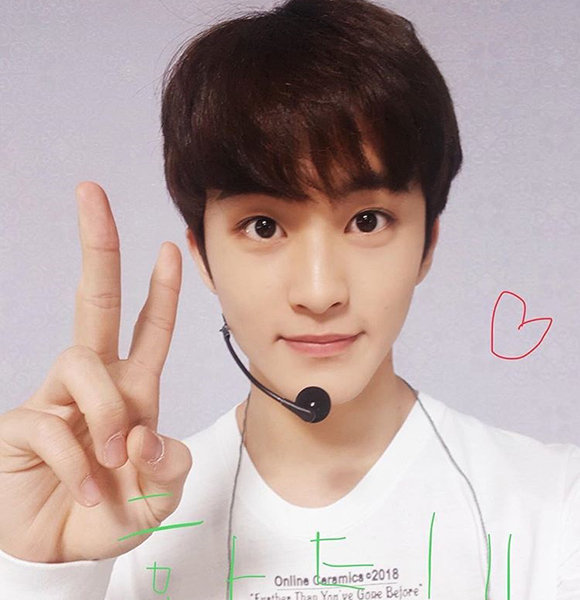 Like Kim Nam-joon is to BTS, Mark Lee is to the NCT group.

Mark is like RM in the sense that he is the fluent English speaker of the Korean boyband, which makes him the unofficial leader of NCT.

The Korean sensation is a big name with his stint in NCT’s subgroup; NCT U, NCT 127, and NCT Dream. And, his specialty is rapping and playing guitar. Sadly, he graduated from NCT Dream in December 2018 as he turned 19.

However, Mark is not stopping anytime soon. He became part of K-pop supergroup SuperM, formed in 2019.

Mark was born as Lee Min-hyung to musician parents in Vancouver, Canada. However, his guardians decided to move to South Korea when the rapper was just age six.

Initially, he had difficulty adapting due to the cultural differences in Canada and South Korea. With time, Mark adjusted in Korea and pursued his education from Eonju Middle School and P.S. 209 Clearview Gardens School. Mark Lee reacts as he sings to the audience (Photo: Mark Lee Philippines'Twitter)

When the time of choosing a career path came, the 20-year-old decided to follow his musician parents. The young lad made them proud as he went to the prestigious School of Performing Arts, Seoul.

Talking about Mark’s siblings, he has an older brother. According to the rapper, his brother was the one who encouraged him to pursue a career in music.

Mark has been tight-lipped about his dating life. There is not a single link-up rumor or date news with a girlfriend.

As a man of heterosexual preference, the singer pursues the opposite gender. However, he could be open to experimenting with his sexuality.

Further, Mark has mentioned that he prefers a partner with long black hair.

Maybe at age 20, he wants to concentrate on his musical career rather than get involved in romantic affairs. Or he is too much of a secret keeper.