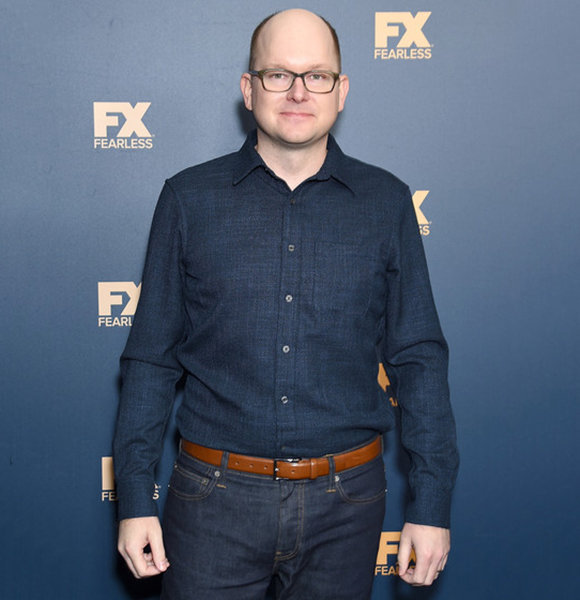 Not a lot of poeple can handle fame, let alone ride the wave to greater heights. Well, Mark Proksch is an exception. He has successfully built a career out of his 5 seconds of glory.

Mark is an actor, writer, and producer. He has starred as Colin Robinson in the FX series What We Do in the Shadows, Daniel Wormald in Better Call Saul, and many more. But, he is best known as the maintenance man at the Dunder Mifflin in The Office.

Is Mark Married? Wife Or Girlfriend?

Since Mark came to the spotlight in an instant, many aspects of his past are still in the dark. Not a lot is known about his personal life before his rise to fame.

Like his stardom, The Office is also a part of his personal life. He is married to the former writer of the show, Amelie Gillette. His girlfriend-turned-wife knew Mark when she was a writer for The Onion, even before his video went viral. Mark, at the age of 40, still does not have children of his own. It may be a while before he gives his thoughts to starting a family.

Internet is a mysterious place. It can break or make careers within seconds. For Mark, it was the latter.

After a video of him pranking a local news channel as the yo-yo master Kenny “K-Strass” Strasser went viral, his life took a turn for the better. Mark was called up by The Office and offered a role.

Another The Office Star:- Patrick Baladi Personal Life: Update On His Married Life With Wife

Mark was supposed to be on the show for four episodes, but he went on to be with them till the series ended in 2013. There is no doubt the playing role of Nate in The Office, pushed him into stardom.

He has since then landed parts in numerous projects. He undoubtedly turned his momentary fame into a career. Mark is mainly focused on TV shows rather than movies and is happy with what he has. Although his salary and net worth are not public information, his experience throughout the years certainly puts him above the average salary of $50,000.

Mark Proksch was born and raised in Onalaska, La Crosse County, Wisconsin in 1978. Mark revives his birthday on the 19th of July every year.

There is information on the actor's parents. Whether or not he has any siblings is also a mystery.

Regarding his education, he is a high school graduate from Onalaska.

Although a TV personality, Mark is not the six-pack handsome hunk that Hollywood is filled with. He has the dad bod and stands with a height of 6 feet (1.83m).