By LRU Writer | On: February 09, 2020
Marquise Goodwin is an NFL player playing for the San Francisco 49ers....was drafted into the NFL in 2013...married to wife Morgan Goodwin from 2016...have had two miscarriages in two years...bought a house for his family...sister has cerebral palsy...his age is...the couple lost their first child, a son...relationship with his mother...two years in prison as a punishment... 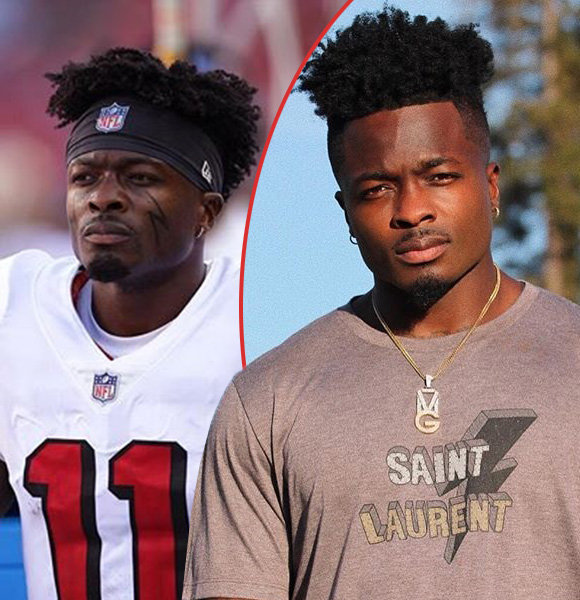 Marquise Goodwin has been playing in the NFL since 2013. He was the 78th pick on the 3rd round of the 2013 NFL Draft for the Buffalo Bills.

He has played a total of 75 games in his career to date and has 140 receptions.

Marquise Goodwin is married to Morgan Sannette Goodwin-Snow. They tied the knot on the 12th of February 2016.

On the 12th of November 2017, the couple lost their first child, a son, to premature birth. He was stillborn months before his original due date, which was in February of 2018. The couple had planned to name him Marquise Jr.

Then, in November of 2018, Morgan miscarried their twins. She was about 19 weeks pregnant when she lost both her children.

Morgan is pregnant for the third time. On the 28th of January 2020, she took to her Instagram to announce that she was 34 weeks into her pregnancy. This is her third pregnancy in three years, and it is the farthest she has come in all of her pregnancies.

Morgan Sannette Goodwin-Snow was born on the 26th of July 1993 in Atlanta, Georgia, the United States.

He attended Southwest DeKalb High School and went to the University of Texas.

Marquise’s mother is Tamina Goodwin. His father died in December of 2017, after serving two years in prison as a punishment for a crime he did not commit.

The wide receiver also has a sibling. His younger sister by 10 months, Deja Goodwin, has cerebral palsy. Doctors had said that she would not live for more than six months after her birth. However, Deja continues to defy odds.