By LRU Writer | On: November 06, 2019
Robin Lopez has a neck and neck competition with twin brother...many who are the fan of the player rest his most valuable supporter, girlfriend...have not been married yet, but that day does not look far away when they start calling each other...sport-loving parents in a family with three siblings, Robin grabbed inspiration from his surroundings while growing up to... 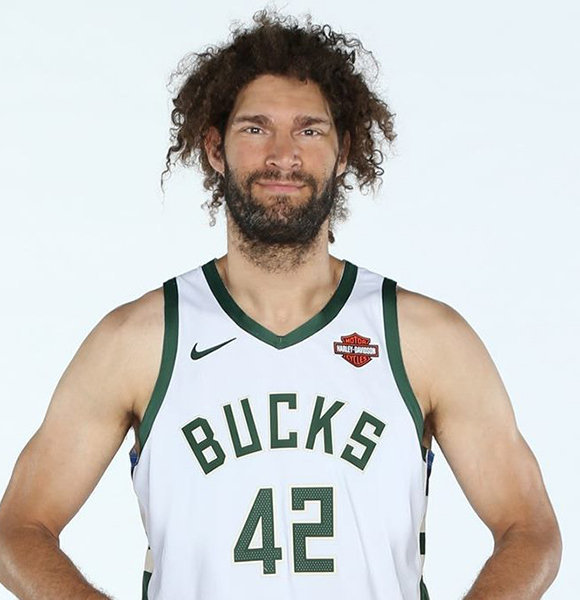 Rivalry starts from the family itself for Milwaukee Bucks forward Robin Lopez, who has a neck and neck competition with twin brother Brook Lopez.

Not only are the siblings battling for supremacy in basketball, but they are also concerned about the behavior of their pet cats. Talking about it in an interview in 2015, Robin had a lot to say about his brother’s two-faced cat.

Interestingly, for once, the Lopez brothers even thought of living together, but the cats had their final say at the verdict.

Married To Wife Or Girlfriend?

Though the brotherly love bid farewell to Robin Lopez due to the cats, he does not lack behind in admirers. Amongst many who are the fan of the player, rests his most valuable supporter, girlfriend Christina Vargas.

Before emerging out as a couple, the LA native was always seen hanging around with his brother and making ridiculous comments about each other. Then in 2015, the NBA giant gave a pleasant surprise to everyone when he introduced Christina. Though Christina's height difference with the seven-footer (2.13 m) is prominent, their love for each other overshadows every other quality they lack. At the 2019 Halloween, the loving couple posted a photo looking full into the Halloween theme.

They have not been married yet, but that day does not look far away when they start calling each other husband and wife.

The son to former baseball player father Heriberto and former swimmer Deborah Lopez, Robin and his twin brother Brook Lopez were bound to become sportsmen in the future.

Born to sport-loving parents in a family with three siblings, Robin grabbed inspiration from his surroundings while growing up to play basketball. Though the separation from his father left him strangled for a while, he eventually came back even stronger.

The 31-year-old started playing college basketball for Standford with his brother and was selected in the Pac-10 All-Defensive Team in the second year. Soon, he was picked to play for the Phoenix Suns in 2008 and stayed in the club for four years.

From there, it was a matter of which place to go next for Robin. He played for New Orleans Hornets, Portland Trail Blazers, New York Knicks, and Chicago Bulls till 2018. During this time of his career, he had a tough time finding the right team balance for himself.

Though he averaged a career-best with 11.1 points, 8.5 rebounds, and 1.7 blocks playing for the Blazers, he signed to play for Milwaukee Bucks in 2019. Now, the fans are eager to see the NBA star back to his best playing form.