Who Is Mason Mount Girlfriend? Dating Status Of Chelsea's Midfielder 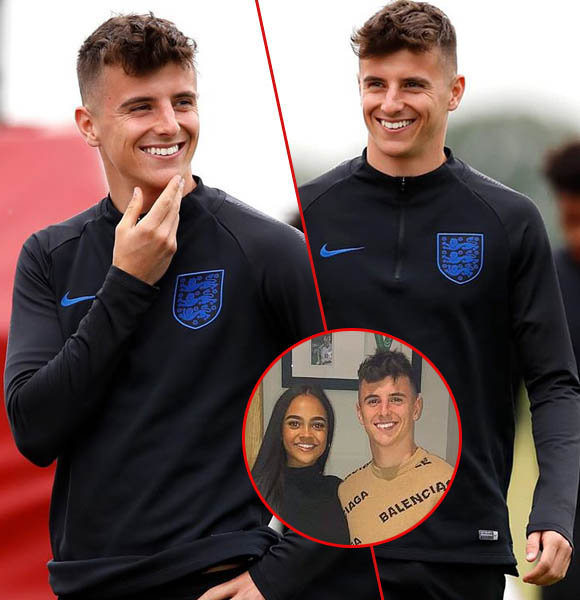 Mason Mount is an English football player who plays for the Premier League club, Chelsea FC. Mason, who plays as a midfielder, was loaned out to two different clubs: Vitesse and Derby County between 2017 and 2018.

Moreover, he is a terrific player who has represented his country England at under-16, under-17, under-18, under-19, and under-21 levels.

The Chelsea player, who stands at the height of 5 feet 10 inches (1.78m), was born in Portsmouth, England. He is a Capricorn born on 10 January 1999, and his father is Mason Tony Mount.

The English footballer started playing football since he was six years old. He played seven times for under-18s in 2014-2015 and in 2016-2017, Mason scored his first goal against Liverpool in August.

The England native is dating a girl named Chloe Wealleans Watts. The rumors of the pair dating sparked in August 2017 when Chloe shared a picture of them embracing. Mason Mount poses with his girlfriend Chloe at the O2 Arena in April 2019. (Photo:- Chloe's Instagram)

The young couple has been going strong ever since. Mason gushed about Chloe on the occasion of her 18th birthday on 8 January 2019. Further, in July 2019, the couple went to Dubai to spend some quality time together.

Chloe Wealleans Watts is an aspiring singer who hails from Cramlington, Northumberland. Chloe, who began her singing career at the age of eight has taken part in many singing competitions. She managed to win the youngest bracket at Teenstar in July 2014; she performed a cover of Adele’s One and Only at the O2 Arena in London.

Moreover, Chloe is also quite popular on social media with more than 23k followers on Instagram.

Talking about her family, the singer has two brothers named Cole and Cleo.

Mason is a young talent who earns a considerable sum of money through his sky-rocketing career.