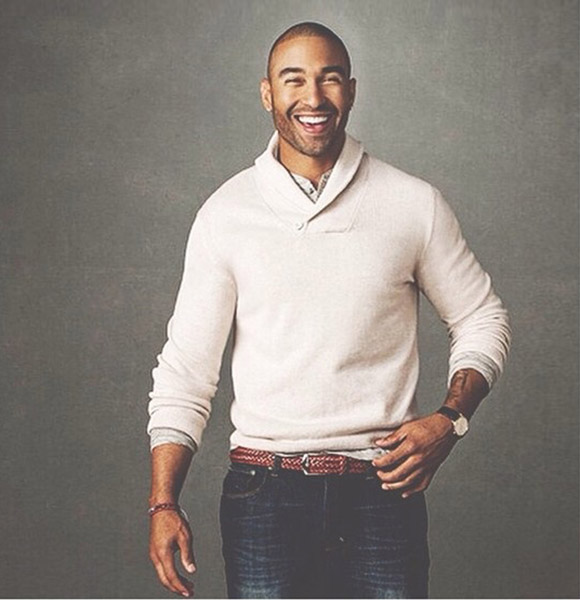 Oklahoma-bred athlete Matt Kemp, who began hitting wins for the Los Angeles Dodgers in 2006, has been stealing the spotlight for a long time now.

Beyond his MLB life, the baseball player has also been on the constant drive to find the right partner for himself. But, finding love has not been as easy for the athlete.

From his split with pop star Rihanna to domestic violence allegations by his former girlfriend, Matt has mostly ended up on a bumpy road when it comes to love.

However, the questions remain, 'is Matt Kemp married?' 'does he have a wife?' Let's find out.

Matt Kemp Has a Girlfriend?

After his fame through football, Matt has made headlines for his past relationships quite a few times.

His dating history begins with a brief dating rumor with famous American singer LeToya Luckett in 2006, which was dismissed after he declared that Matt and his alleged girlfriend were only friends.

After LeToya, Matt committed himself for a year with actress Felisha Terrell in 2007.

The former girlfriend and boyfriend, who were said to have a close relationship, called their split after Felisha reported Matt’s brutal behavior. The athlete's past girlfriend mentioned,

He is violent and I am afraid. He repeatedly made me scared and gets in my face. He is threatening to take all the items I purchased and try to destroy my property. He brings his friends driving up and down the street to try and intimidate me. I am very fearful. He has other people calling me and stalking me.

Ending his episode with Felisha Terrell, the Atlanta Braves player hit another tabloid-rising relationship with famous singer Rihanna in May 2010. The pair maintained their high-profile love life with constant updates about their romantic dates.

Matt spilled the beans about his relationship with Rihanna to the US Weekly, saying,

Yeah! That’s my girl. She’s just a fun person. I love to be around her. She’s definitely a great person in my life, and I’m happy I’m with her. However, the two didn’t make it through their relationship for long. Matt's former girlfriend broke the news about the breakup to Vogue in 2011, stating,

I just let it go. I don’t ever want to have to depend on a relationship. I think it’s a really special thing to find love. It’s beautiful. Nothing can match it. But I want to make sure I find other things in life that I love—besides love.

Later in 2013, the media poured their suspicion about the MLB player colliding romantically with reality star Khloe Kardashian after her split with her husband of four years, Lamar Odom.

The Inside Story Of Khole And Husband Lamar: Lamar Odom Moves Into Rehab After Judge Signed The Divorce Papers With His Now Ex-Wife Khloé Kardashian

The baseball guru denied dating Khloe and defined their relationship to TMZ, explaining,

However, after the duo was spotted attending John Legend’s Concert and reportedly spent their Christmas together in the Kardashians' home, the public couldn’t stop concluding that the two were indeed an item!

But with the recent divorce filed by the Kardashian, she has no option but to keep Kemp on hold and stop him from stirring any further romance in her life.

For now, Matt seems to be single, focusing on his profession.

The life of the Los Angeles Dodgers, who holds a net worth of $75 million according to Celebrity Net Worth, took a brief turn.

Before the 2015 MLB season, the baseball star was traded from the Dodgers to the San Diego Padres and his other four fellow players in a dissatisfying contract.

The Dodgers effectively repurchased him in 2017 for a total salary of $21.5 million. Matt Kemp saving the 2012 contract he made with the Los Angeles (Photo: Losangelestime.com)

Matt, age 34, has one season remaining on the $160 million deal he signed with Los Angeles Dodgers.

Similar Story: Is Curtis Granderson Married? Or The Outfielder Does Not Have Time For Dating Amid Booming Career?

He accumulated a career-worst -1.3 wins above replacement and reached base less than 32% of the time in his first full season in Atlanta.

Currently, he is associated with Colorado Rockies and showing his brilliance in the arena as always.