By LRU Writer | On: May 14, 2019
American pop singer Matt Sallee hasn't been in the limelight for long, but he has made a mark among music lovers...A bass singer for the pop group, Pentatonix, Matt has gone on to become a permanent member of the band from a temporary one...With a prominent career ahead, the young musician is on his way to greatness! 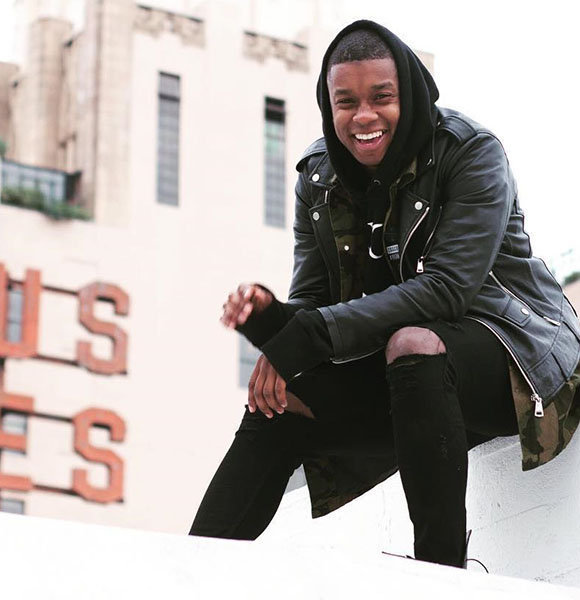 American pop singer Matt Sallee hasn't been in the limelight for long, but he has made a mark among music lovers. A bass singer for the pop group, Pentatonix, Matt has gone on to become a permanent member of the band from a temporary one.

With a prominent career ahead, the young musician is undoubtedly on his way to greatness!

Matt was born in 1994 as the son of parents, Ernest and Tammy Sallee, in Maryland. The young singer celebrates his birthday every year on the 11th day of February. Matt also has a brother and sister in his family of five.

His father worked as a music pastor and always encouraged him to take up a career in music. Matt would often perform at the Baptist Church located in Maryland, the same church where his parents attended as children, years before getting married.

Matt's parents are both religious, a quality which can also be seen in the young singer.

Matt was always a singer and even an actor as he often performed during his primary and high school, years before he became an established singer. He had done plenty of stage performances and plays before rising to stardom.

It was back in 2017 when Matt got the most significant break of his life; joining the popular music group, Pentatonix. Four months after bass singer Avi Kaplan left the band, Matt was appointed as a temporary member of the pop family.

Together with the band, Matt performed on various platforms and even a holiday tour in 2017. In February 2018, the Maryland native got promoted as a permanent member of the group which is sure to elevate his net worth.

His net worth hasn't been revealed, but Matt - who stands at the height of 5 feet 11 inches - is expected to make a salary amount minimum of $40,082 yearly. Further, the band earns an annual earning ranging from $106k to $1.7 million from their YouTube channel alone so it won't be a surprise if Matt emerges out as a millionaire shortly.

Matt has always been shy while discussing his personal life on screen, but when it comes to social media, he loves flirting with his fans.

Back in 2018 when a fan named Eliana asked him to be her valentine, the singer immediately hit back claiming that he would take her out on a date at 8 pm on that day.

However, it was only meant as a joke and Matt never showed up for the date. Further, Matt has also been accused of being secretly gay. Until now, only the rumors persist, but no truth about the singer's sexuality has ever surfaced in media.