By LRU Writer | On: June 20, 2019
With all her family already big names in Hollywood, Maude already knew what she wanted to be in the future...her father is a director...her mother is an actor...She is dating someone from halfway across the world... 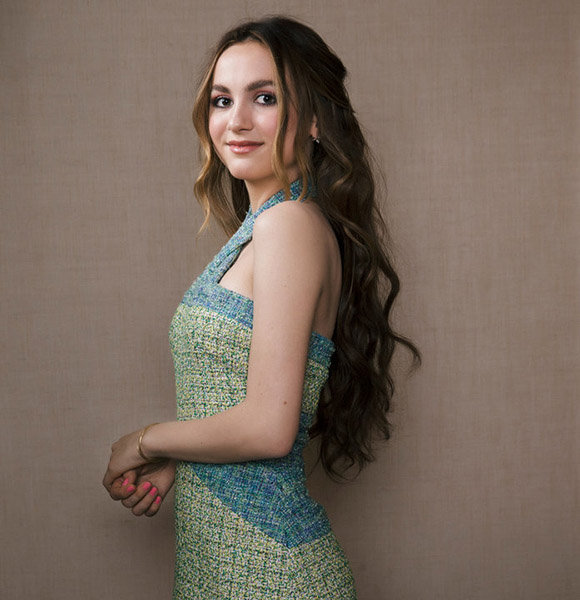 With her parents already being big names in Hollywood, the bar was set high for American actress, Maude Apatow. But, she delivered more than what was expected of her.

She lent her talent in a lot of movies and got best known for her portrayal of Lexi Howard in the TV series Euphoria. With her ever-growing success, she is set to star on her father’s unnamed project with Pete Davidson in 2020.

Maude Apatow hails from the land of Hollywood. Born in Los Banos, California in 1997, she celebrates her birthday on the 15th of December.

The 21-year-old is the eldest daughter of her parents; director Judd Apatow and actress Leslie Mann. She has a younger sister named Iris Apatow, born on 12th October 2002.

Regarding her education, Maude attended Crossroads School. Later, she graduated from Northwestern University from Evanston, Illinois. Known for her beautiful smile, Maudy flaunts a fantastic height of 5 feet 3 inches (1.6m)and a weight of 49.8 Kgs.

Dating, Who Is Boyfriend?

Many have been lovestruck after seeing her beautiful smile and wondered if she has a boyfriend or not. Well, the answer to that question is, Maude is off the market.

She is in a long distance relationship with Charlie Christie. Charlie lives in London while Maude studies at a college in Chicago, USA. They started dating since April of 2018. Maude Apatow with her boyfriend, Charlie Christie on their first anniversary on 8th of April 2019 (Photo Maude Apatow's Instagram)

Despite the long distance between them, the actress makes frequent visits to meet her boyfriend.

They celebrated their first anniversary in 8th of April 2019. And, since her father has not chased Charlie with a baseball bat like he threatened to do with her high school boyfriend, he looks like he is there to stay.

Coming from a family involved in the entertainment industry, the road to her success was already paved. She made her debut with Knocked Up, a movie directed by her father. She also had the help of her mother as she starred as the onscreen daughter of Leslie’s characters in TV shows.

However, not all her success comes from riding her parent's popularity.

Maude became popular with her role of Sadie in This Is 40 and as Cleo in the TV Series, Girls in 2015. Her success as an actress has helped her make a name for herself.

Although her net worth is nor disclosed, her father has an estimated value of around $90 Million and her mother has about $20 Million. She certainly enjoys a lavish lifestyle with her family.