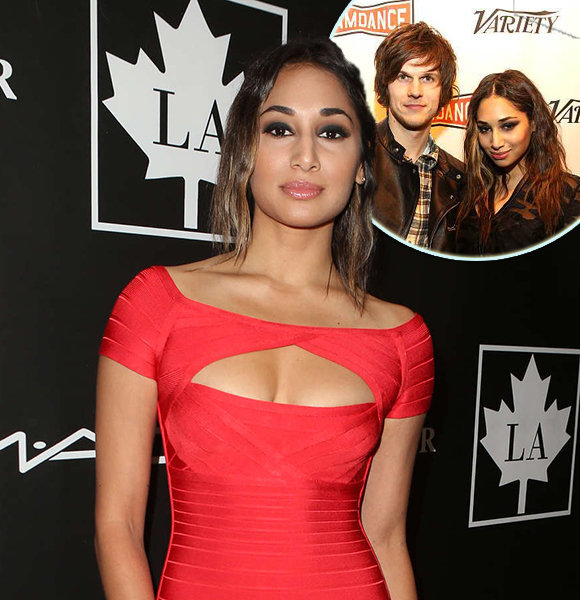 Meaghan Rath is a Canadian actress primarily known for her appearances in the show 'Hawaii Five-0.' She has been a part of the show since 2017 and has appeared in over 65 episodes.

Apart from the star's amazing career line, the fandom is curious about the actor's romantic life with her long-time boyfriend. Have the two upgraded their relationship to husband and wife?

Meaghan has been in a relationship with writer-director Jack Cutmore-Scott. The couple started going out around 2015. 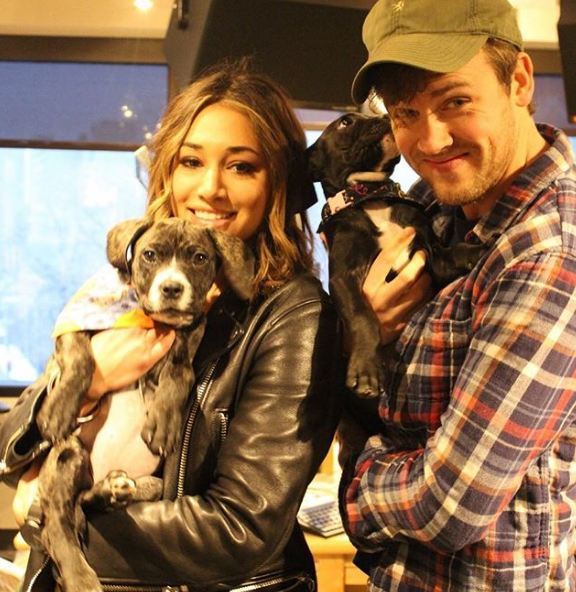 After about four years of dating, Meaghan announced that she was engaged to her long-time boyfriend, Jack, through a tweet on the 4th of January 2019.

Rath's partner, Jack Cutmore-Scott, was born on the 16th of April 1987 in London, England, the United Kingdom.

He moved to the United States from England to attend Harvard University. While studying there, he was cast in the titular role in the play Entertaining Mr. Sloane for the Publick Theatre Boston.

The pair worked together on the FOX show Cooper Barrett’s Guide to Surviving Life in 2013.

Their chemistry is always radiating on-screen and off-screen. Strengthening their relationship further, the couple pronounced themselves husband and wife in 2020.

The actress shared the joyous moment through her Instagram post on May 19, 2020, where she uploaded a swoon-worthy picture of the newlyweds, sharing an affectionate kiss.

The 'gram post consisted of several pictures from her wedding day, where the husband and wife looked stunning in their wedding attire.

Meaghan donned a beautiful white lace gown, while her husband looked fabulous in a blue blazer paired with white pants.

Further sharing her happiness with her followers, the 'Being Human' actress extended a few words regarding the occasion as such,

"Thank you so much to our families who zoomed in, and to all of our friends who drove by in a car parade following our ceremony, you made this so incredibly special. Life is short, go be happy."

Well, that's not all to the blissful married of the two. Shortly after their marriage, the husband and wife made an addition to their family, welcoming their son.

The proud parents are more than excited to embark on the journey of parenthood, and Meaghan's Instagram posts dedicated to her son are evident to it.

So, is this the only relationship the actress has been in?

Well, Meaghan was in a relationship with her former boyfriend, Patrick Kiely, in 2014. The former boyfriend and girlfriend met through working on the same project and started dating each other.

However, the couple did not have much time together as their relationship ended after a couple of months.

Meaghan Rath was born on the 18th of June 1986 in Montreal, Quebec, Canada. Her parents are of Austrian Jewish descent and Goan Indian.

Talking about her family life, she has a younger brother named Jesse Rath.

The actress has played the role of Jesse’s on-screen elder sister in '18 to Life: One Is the Loneliest Number' and 'Being Human,' both in 2011.

Standing at the height of 5 feet 6 inches or 1.68 meters, her nickname is Meg.

As for her educational background, she attended Dawson College in Montreal, where she studied Cinema and Communications.

Meaghan also has solitary credits in the writing, production, and soundtrack department. She worked as a story consultant and executive producer and performed a song titled Les Croissants de Soleil in the 2013 romantic comedy movie 'Three Night Stand.'

If we have to name some of her works, they are 'Children Ruin Everything,' 'Supergirl,' 'Hawaii Five-0,' 'Magnum P.I.,' 'Schitt's Creek,' 'The Trustee,' 'Another Kind of Wedding,' and so on.

Stay with us for more updates on Meaghan's outstanding career and her blissful family life.