By LRU Writer | On: October 24, 2019
Teilor Grubbs is putting all the right steps forward in her career to cement her authority in the...been part of CBS’s hit series Hawaii Five-0 for eight seasons out of...the Hawaiian tasted being in a relationship during her role in...struck love interests with Willam Grover with whom she is seen hanging out in most of the... 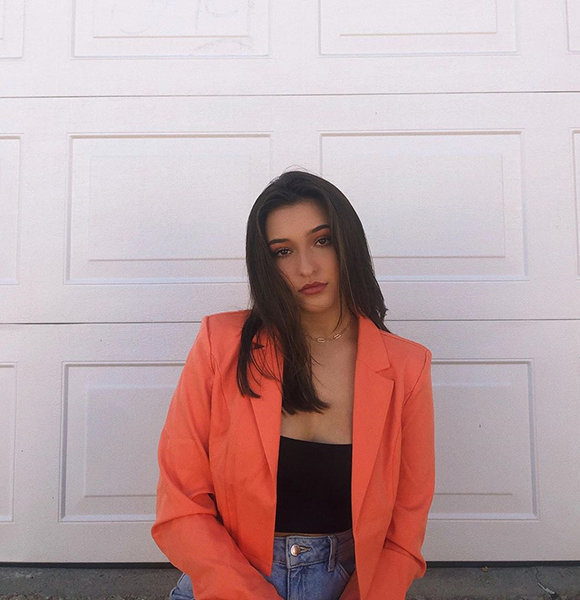 Teilor Grubbs is putting all the right steps forward in her career to cement her authority in the entertainment industry.

The girl who merged in the acting industry as a child actor is slowly picking up the pace and making her colleagues run for their money.

Having been part of CBS’s hit series Hawaii Five-0 for eight seasons out of nine, fans have seen her growth in terms of acting and as a standout figure. Let’s look at the journey of the actress as she sets out to make a name for herself.

Only aged 17, Teilor Grubbs is already the heartthrob of many. She is also more than capable of making decisions on her own. But, when it comes to dating, her father has something to say about it.

Via a tweet in 2012, she recalled being restricted to making boyfriends until the age of thirty. Saying that, the Hawaiian tasted the relationship experience during her role in Hawaii Five-0.

In the series, she struck love interests with Willam Grover, with whom she is seen hanging out in most of the episodes. However, real-life is different for Teilor. In May 2018, she went out for senior prom with a guy from her high school. Teilor Grubbs during prom with a possible boyfriend in May 2018 (Photo: Teilor Grubb's Instagram)

Though the relationship between the two is obscure, they might be building their love in secret is anyone’s guess.

Teilor Grubbs - height 5 feet 3 inches (1.60m) - was born as Teilor Kealohapauole Grubbs in the city of Honolulu, Hawaii. Her parents Kela and Erik Grubbs, raised her in the Island of Oahu along with her two small sisters Heiden and Karter.

She boasts a Caucasian ethnicity and is fond of hiking as water sports from her days staying on the Island. Also, growing up, she worked as a child model and signed with company Premier Models & Talent Agency.

Being the eldest daughter in the family, she was quick to start working. During her school days in Hahaione Elementary School, she appeared in commercials and advertisements for Walmart and Hawaiian Airlines.

After staying a brief time in modeling, she joined acting classes in the Academy of Film and Television. Soon in 2010, Teilor made a breakthrough landing a role in Hawaii Five-0. Similarly, seeking better opportunities, she shifted to Los Angeles.

Moving in LA, she practiced on her acting even more. In 2018, she also voiced in the animated series, Legend of Hallowaiian. Now, the actress is set to make a significant impact with her upcoming movie, The Dawn. Likewise, she also does commercials for several brands and enjoys attending movie premieres with her friends.