By LRU Writer | On: September 24, 2018
Let’s meet Amy Freeze, an American television meteorologist who has been enjoying a blissful married life. Amy is bound in a marital relationship with her boyfriend Gary Arbuckle since 1994.  Freeze and Arbuckle, both attended Brigham Young University where Arbuckle was Cosmo the Cougar and Freeze was a cheerleader. Her husband Arbuckle is a chiropractor. 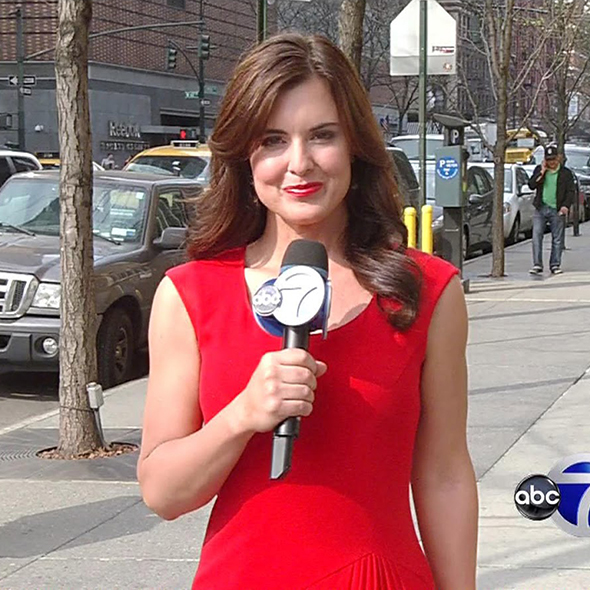 Relationships are usually wonderful, aren’t they? Don’t you think that it teaches a person to live life to fullest and spread joy?

Well, I believe that relationships somehow help us to mount success in every aspect of life. Who wouldn’t love to be in a long-lasting relationship? Wouldn’t you feel blessed if you get hitched to the person whom you have been admiring for a long time?

Here we are introducing you to a similar person. Amy Freeze, an American television meteorologist, had enjoyed her blissful married life for 20 years with her husband and four children before an inevitable divorce terminated their relationship.

Happily Married With Ex-Husband For 20 Years

She is bound in a marital relationship with her then-boyfriend Gary Arbuckle since August 1994. They first met when Gary was Cosmo and Amy was a cheerleader at Brigham Young University in1993. Her husband, Gary, is a chiropractor.

Interesting Article:- Daphne Deloren Is Set To Have A Family With Husband! Flaunts Her Pregnant Bod Blissfully

They shared twenty years of their life together as a husband and wife. The blind-eternal trust and understandings are the best part of their relationship. Besides raising four kids together, their second greatest achievement came in 1999 as the pair won $100 thousand in a weight-loss competition. They have altogether four children as a symbol of their once undying love; Tyler, Jared, Kate, and William. She has one biological son and rests of her three children are adopted.

Her ex-husband seems to be supportive. He has been with her in every up and down for around twenty years until the former college sweethearts decided not to.

Apart from a hectic schedule, Amy loves spending her time with her kids. She somehow manages to be around her kids and spend weekends together. Isn’t Amy Freeze lucky to get such an understanding ex-husband and adorable kids? Divorce After 20 Years Together

After 20 years of blissful married life, Amy and her ex-husband decided to call it quits in 2014. However, it wasn't until Amy had stopped sharing Gary's photos on her Instagram that the fans began to suspect a possible rift between them.

The details of their divorce settlement is not a public knowledge. Given the low-key nature of their divorce, it's hard not to assume that the divorce must have been an amicable one.

You May Also Like:- Tana Mongeau Wiki: Age, Affair, Net Worth Of Girl Who Was Dating Mac Miller

The NBC reporter's busy schedule may have attributed to the split. But that's all hearsay. As for the children, reports suggest the former flames have agreed on a joint custody.

Born on June 19, 1974, Amy has achieved massive popularity as an American television meteorologist. She attended Mississippi State University from where she received Bachelor of Science degree in geosciences. She has also earned a Bachelor of Arts degree in communications from Brigham Young University. And from the University of Pennsylvania, she received her master’s degree.

She was the first female chief meteorologist in Chicago, Illinois, serving for Fox owned-and-operated station WFLD in Chicago from 2007 to 2011. Since 2011, she has been working as the weekend meteorologist at WABC-TV in New York City, New York. Certified broadcast meteorologist, Freeze holds Seals of Approval from both the National Weather Association and the AMS.

First female sideline reporter for Major League Soccer, Amy has covered the Olympic Games in Salt Lake City and Atlanta. She also has reported on entertainment and movies. She can now be seen on ABC's Good Morning America.