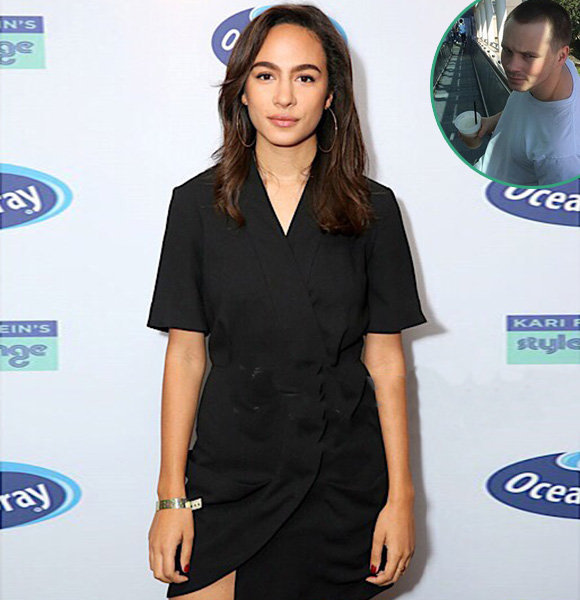 Aurora Perrineau gained public attention for her role as Shana in the 2015 movie Jem and the Holograms. However, she is more famous for having a different ethnicity celebrity parents.

Let's take a deep look at the relationship between her family members.

Aurora was born on the 23rd of September 1994 in New York, the United States, to parents with good recognition in the film industry. Her father, Harold Perrineau, is an actor and producer known for productions such as Romeo + Juliet (1996), The Matrix Reloaded (2003), The Edge (1997), etc.

As for her mother, Brittany Perrineau is a former model and actress known for her roles in the 2008 movie Felon, the 2004 movie Saving Face, and the TV show Lost in 2005.

Another Celebrity Kid: Who Are Bodhi Ransom Green's Celebrity Parents?

Aurora is the eldest child of her parents, and she has two siblings. Her first sister Wynter Aria Perrineau was born on the 7th of May 2008, and her second sister, Holiday Grace Perrineau, followed them onto the earth on the 21st of March 2013. Aurora Perrineau with parents and siblings in Christmas 2018 (Photo: Instagram)

As for the sisters' ethnicity, they are of mixed race. Aurora's father, Harold Perrineau, belongs to African-Haitian or African-American ethnicity, and her mother, Brittany Perrineau, has English, Irish, French, and German ancestry.

Aurora and her siblings have an extremely attractive appearance, perhaps as a result of their mixed ethnicity.

However, she is very close to her parents and siblings and takes time from her busy schedule on special occasions to be with her family. Aurora wishes her father on Father's Day with an old picture. (Photo: Instagram)

Aurora even calls her parents her best friend and has been close to them since childhood. Likewise, Aurora never misses a chance to wish her parents and siblings on their special day. She makes an effort to make her family member's special day memorable even if she isn't there in person.

Her family understands and supports her choice to put her career first. Perhaps this is one of the factors contributing to her early success in her career.

Aurora officially began her career in acting in 2011. She played the part of Bianca in one episode of Pretty Little Liars in 2011 as her inaugural acting job.

Two small parts followed the role; a portrayal of Radhika Darshan in a short video named Air Collision in 2012 and Hilary in a solitary episode in the TV series Newsreaders in 2014.

Then came Chasing Life, a TV show that was Aurora's first big break in her early career. She portrayed Margo for four episodes in 2015.

She was cast in the role of Ins in the 2015 movie Equals. That same year, she played Shana's role in the movie Jem and the Holograms.

In 2016, she worked alongside Jennifer Lawrence and Chris Pratt in Passengers. She became a series regular in the show Prodigal Son in 2019.

During her career, Aurora also got involved in a sexual assault case.

In November 2017, Aurora accused the TV show Girls writer Murray Miller of sexual assault. However, despite the accusation, Murray didn't face sexual assault charges because, according to the LA County District Attorney's Office, "based on the evidence presented, which included victim, suspect, and witness statements, there are inconsistencies which cannot be overcome." In addition, the alleged incident also fell outside the three-year statute of limitations. All in all, Aurora has gathered a decent 18 credits as an actress and one credit in the soundtrack category as she performed three songs in the movie Jem and the Holograms.

In addition to cinematic works, she has a brief history of theater acting. Aurora appeared in stage plays like Rent, Out Town, and Rainmaker.

Aurora is believed to make a fortune with the height of success she has reached. According to Celebrity Net Worth, Aurora has a net worth of $3 million.

Talking about her love life, it seems like she is living with her actor boyfriend, Michael Vlamis.

Stay tuned to get more updates on Aurora Perrineau.