By LRU Writer | On: August 19, 2019
Megan Follows...came into the entertainment industry...born in the city of Toronto in Canada...linked with Canadian gaffer and photographer...tied the knot in 1991...divorced... 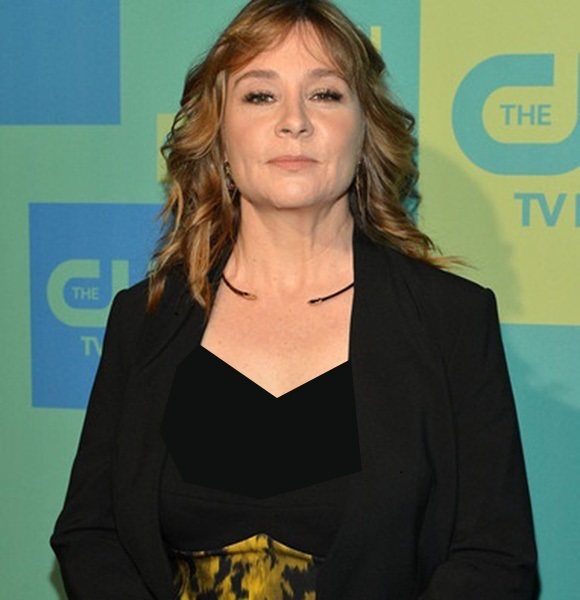 Megan Follows came into the entertainment industry as a child actor. Now, even after decades, she still manages to appear relevant on the screen and captivate the audience.

The actress is perhaps best known for her role of Anne Shirley in Anne of Green Gables. Aired in 1985, the series remains one of the highest-rated dramas in Canadian TV history. For her part, Megan won the Gemini Award for Best Performance by a Lead Actress in a Single Dramatic Program or Miniseries.

Megan was born in the city of Toronto in Canada in 1968. She celebrates her birthday on the 14th of March every year.

The actress is the youngest of daughter her parents: Ted Follows and Dawn Greenhalgh. Her father was an actor, director, and a TV star, while her mother is an actress.

As for other members of her family, Megan has three older sisters, namely Edwina, Laurence, and Samantha Follows.

Even at fading age of 51, the artist has maintained a healthy and well-maintained body physique. With a height stretching to 5 feet 4 inches (1.63 m) and weight of 62 kgs, Megan is a forever 25.

Megan Follows has tasted her fair share of failed romances.

Back in 1991, she was linked with Canadian gaffer and photographer Christopher Porter. The couple met for the first time in 1990 while on the set of the movie Deep Sleep and fell in love shortly after.

Megan and Christopher tied the knot in 1991. The same year, the lovebirds welcomed their first child: a daughter named Lyla Porter-Follows. Lyla was born on December 1991. And, later in July 1994, the couple was blessed with a second baby, a son named Russel Porter-Follows. The husband-wife duo lived a happy life parenting their two kids but that all quickly came to an end. In 1996, Megan ended up divorcing her Christopher.

Shortly after her divorce, the actress began dating actor Stuart Hughes. The couple even got engaged during their time together. However, just like Megan's first marriage, the relationship came to an end in 2010 after years of togetherness.

Megan began her acting career with a commercial for Bell Canada at the age of nine. She eventually landed a recurring role in Matt and Jenny a year later.

Soon after, Megan was doing rounds with acting roles lined up for her. She also appeared in The Baxters, The Littlest Hobo, and The Facts of Life.

Besides on-screen, Megan has also dabbled in the theatre scene. She has performed in dramas like the Fool for Love, The Real Thing, and Caryl Churchill's Top Girls. Later in 2010, the actress returned to the stage in a revival of Cloud 9, followed by an appearance in The Penelopiad in 2012.

With over four decades in the showbiz, Megan has been able to cement her name as one of the elites. As for now, her long career has amounted in a net worth of $2 million.