By LRU Writer | On: January 28, 2020
Meghan King is a former model who gained fame as one of the...got married to former MLB star...married life came to an end as...allegedly accused her husband of having an affair...tried to work things through counseling...the mother of three kids with...had to go through IVF...has rendered her a net worth of...was born as... 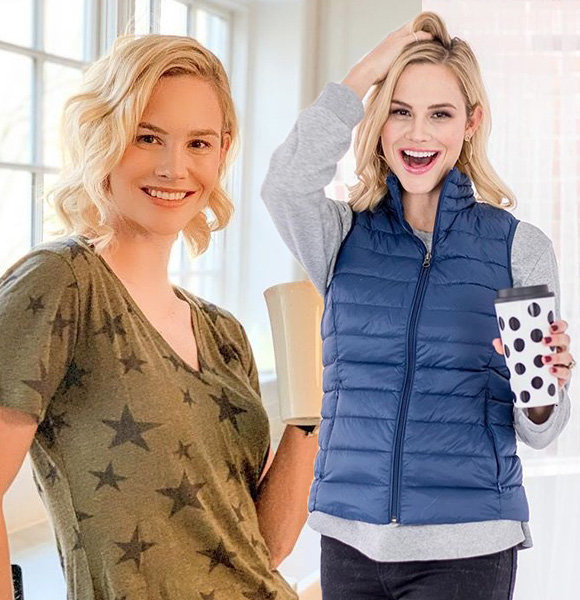 Meghan King is a former model who gained fame as one of the cast members on the 10th season of the Bravo hit reality program, The Real Housewives of Orange County. Before her fame as a reality star, she worked as a sales representative for a pathology software firm.

Read on to know more about the Real Housewives' star's personal life.

Meghan King got married to former MLB star Jim Edmonds on 24th October 2014. But in October 2019, their five years long married life came to an end as Meghan's husband Jim filed for divorce. Meghan King with her ex-husband Jim Edmonds in May 2019 (Photo: Meghan King's Instagram)

The divorce announcement came after the reality star allegedly accused her husband of having an affair with the nanny.

Even before the alleged affair with the nanny, Jim was reportedly caught by Meghan sexting with another woman. After that incident, the couple had tried to work things through counseling and couple's therapy.

Jim Edmonds is a former baseball player who played as the center fielder and prolific hitter in MLB. Jim made his MLB debut in September 1993 for the California Angels. Throughout his baseball career, he won the prestigious Gold Glove Award eight times.

After retiring from baseball, he became a sports broadcaster for Fox Sports Midwest.

Before trying the knot to now ex-wife Meghan, he was married to Lee Ann Horton (first wife) and Allison Jayne Raski (2008 - 2014).

Meghan is the mother of three kids with her ex-husband Jim.

She had her first child- a daughter Aspen King Edmonds on 24th November 2016. On 5th June 2018, she gave birth to twin boys Hayes Edmonds and Hart Edmonds. Meghan King with her Kids in May 2019 (Photo: Meghan King's Facebook)

Meghan had to go through IVF (In vitro fertilization) procedure to conceived all her children.

Further, in July 2019, it was revealed that one of Meghan's twin boys- Hart suffered from a medical condition called minor Periventricular Leukomalacia on both sides of his brain and was at high risk for Cerebral Palsy.

According to Celebrity Net Worth, Meghan's career as a model and reality television star has rendered her a net worth of $5 million.