By LRU Writer | On: November 18, 2019
With celebrities rising in fame, their fans often initiate conversations about different aspects of their lives such as their career and dating aspect. Melanie Marinez could also be in the same spotlight. So why not take your time and know more about the singer who rose to fame through the American reality show called The Voice. 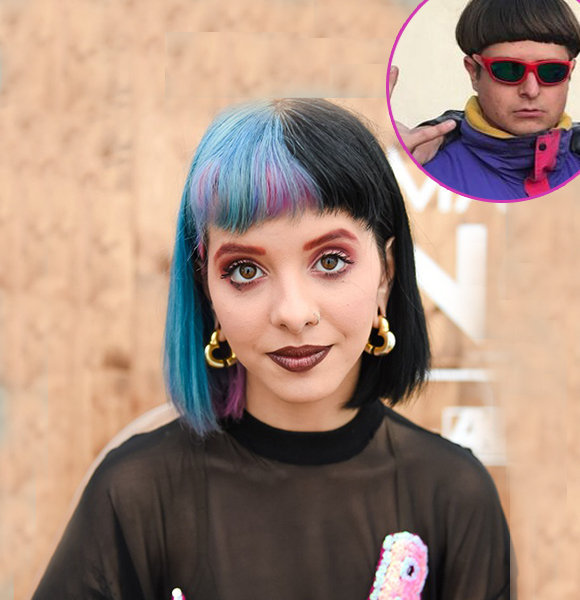 With Melanie Martinez's fame rising in the music industry, her fans have turned to explore more private areas of the American singer-songwriter's life.

Melanie, who first became the center of attention after participating in the talent show titled The Voice, have rarely hidden her professional life from the public. But, what about the dating front?

Let's take a moment off to know more about the beautiful artist's dating status along with her professional front.

Though she likes to stay low key, Melanie does show up every once in her boyfriend’s Instagram handle. Yes, she does have a boyfriend, and his name is Oliver Tree. Oliver is also a singer and an artist, mostly known for his creative style and art. It seems like there is no information about when the two started dating, but it likely began in 2019.

Before Oliver, Melanie dated a music producer named Michael Keenan, which she had confirmed via a tweet in February of 2016. The duo then seperated in 2018.

Melanie Martinez was born in Astoria, New York on 28 April 1995 to parents Jose and Melanie Martinez. In her family, she also has a little brother named Joesph Martinez. Her family comes from the Dominican Republic and Peurto Rican origin.

From her childhood, Melanie was gifted with a tremendous vocal range, which made her choose music as her career. Listening to songs from Britney Spears, Shakira, The Beatles, Bigge Smalls, and Christina Aguilera also inspired her career in music.

At the same time, she began writing poetry in her kindergarten years, which further proves her gifts for music.

She attended Baldwin High School and even won the Baldwin Singing Competition.

After appearing on The Voice, she released her debut studio album in 2015 called Cry Baby on Atlantic Records. It was a massive success as the album reached number 6 on the Billboard 200 chart and the top 10 in Canada.

Before her studio album, she released an EP called Dollhouse, which was released in 2014.

Some other EPs she released was Pity Party in 2016 and Cry Baby’s Extra Clutter in 2016.

There are songs that have helped her reach her acclaimed fame too. Some of these songs include Carousel, Soap, Pity Party, and Mrs. Potato Head.

Fans waiting for a new song from Melanie do not need to wait any longer. She released a new album called K-12 in 2019, which will most likely gain more success as her previous albums.

With such success, she can flaunt a net worth of $2 million.